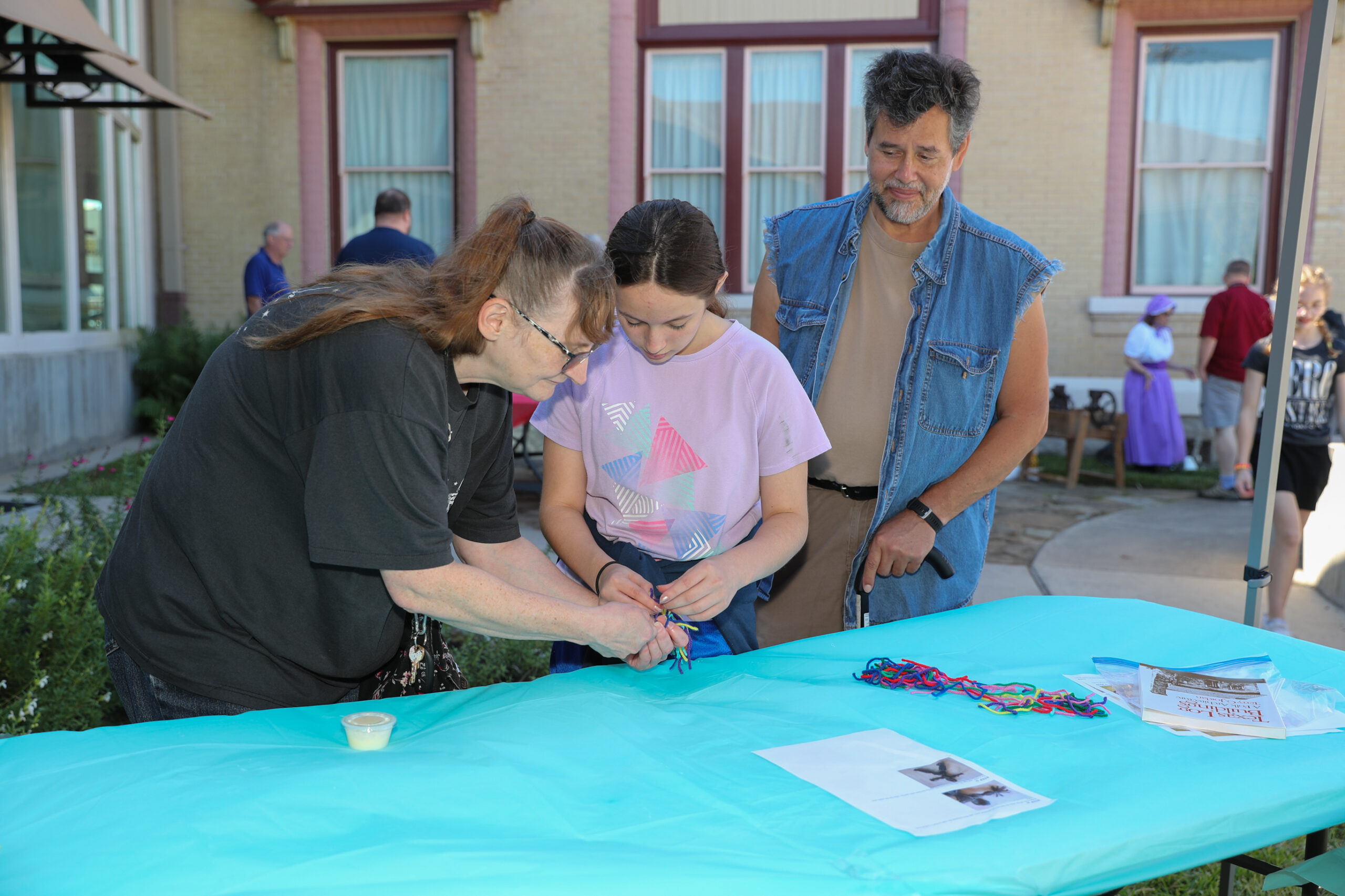 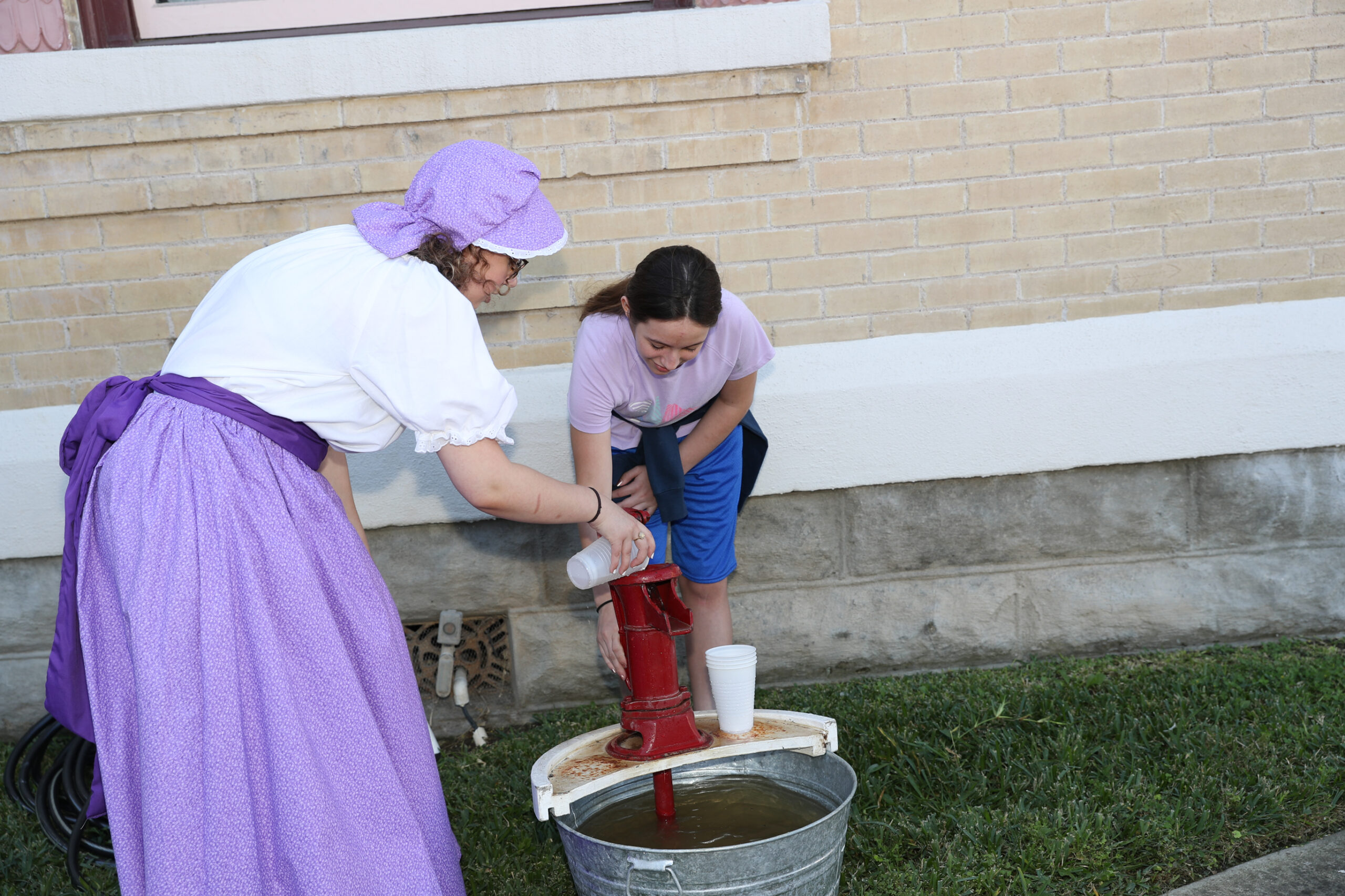 Texas was one of the first frontier areas in westward expansion, and on Saturday, the Bell County Museum held its first “A Day on the Texas Frontier,” a themed event for children and their parents to learn what it was like to be a pioneer.

The event was held on Saturday, October 9, in front of the Bell County Museum at 201 N. Main St.

In 1854, residents from Tennessee and Kentucky started migrating from their crowded condition and exhausted land.

They left in wagon trains and set out for Texas to get a fresh start. Texas was still a republic when the pioneers arrived and later became a state.

Themed chore stations were set up for the children to actually experience what life for a pioneer was like.

They made a bookmark at the leather working station. There was a station where they made butter and buttermilk. Kids were able to practice their penmanship by using berry ink they made. They crushed four blackberries using a mortar and pestle and added vinegar to make the ink. Then they used feather quills from a bird to write on paper.

Other chore stations included making yarn dolls that were used by children of all ages at the time. There was a water pumping station and a mill grinder that the kids were able to use. A young girl used a hand pump to put water into a pail, and then asked “how did they get the water to their house?”

Some of the children and adults came to the event dressed in a themed costume. Children also met a real life, costumed pioneer.

Kayte Rickett, Education Coordinator, wanted this event to show the children that chores for pioneers were hard. They didn’t have machines and cars to get the everyday work done.

The Bell County Museum was established in 1991. The museum is now in the building that was the Carnegie Library that opened in 1905 and remained a library until 1975. A new library was built at 301 E. 1st Avenue. The library has had four different names and is now known as the Lena Armstrong Public Library. After the new library was built, the Carnegie Library building became the Bell County Museum.

The museum usually has two events on the weekend as well as one event on Wednesdays for children under the age of five. Spring break and summer activities are offered at the museum.

Information about visiting times, events and education can be found on their web site at bellcountymuseum.org