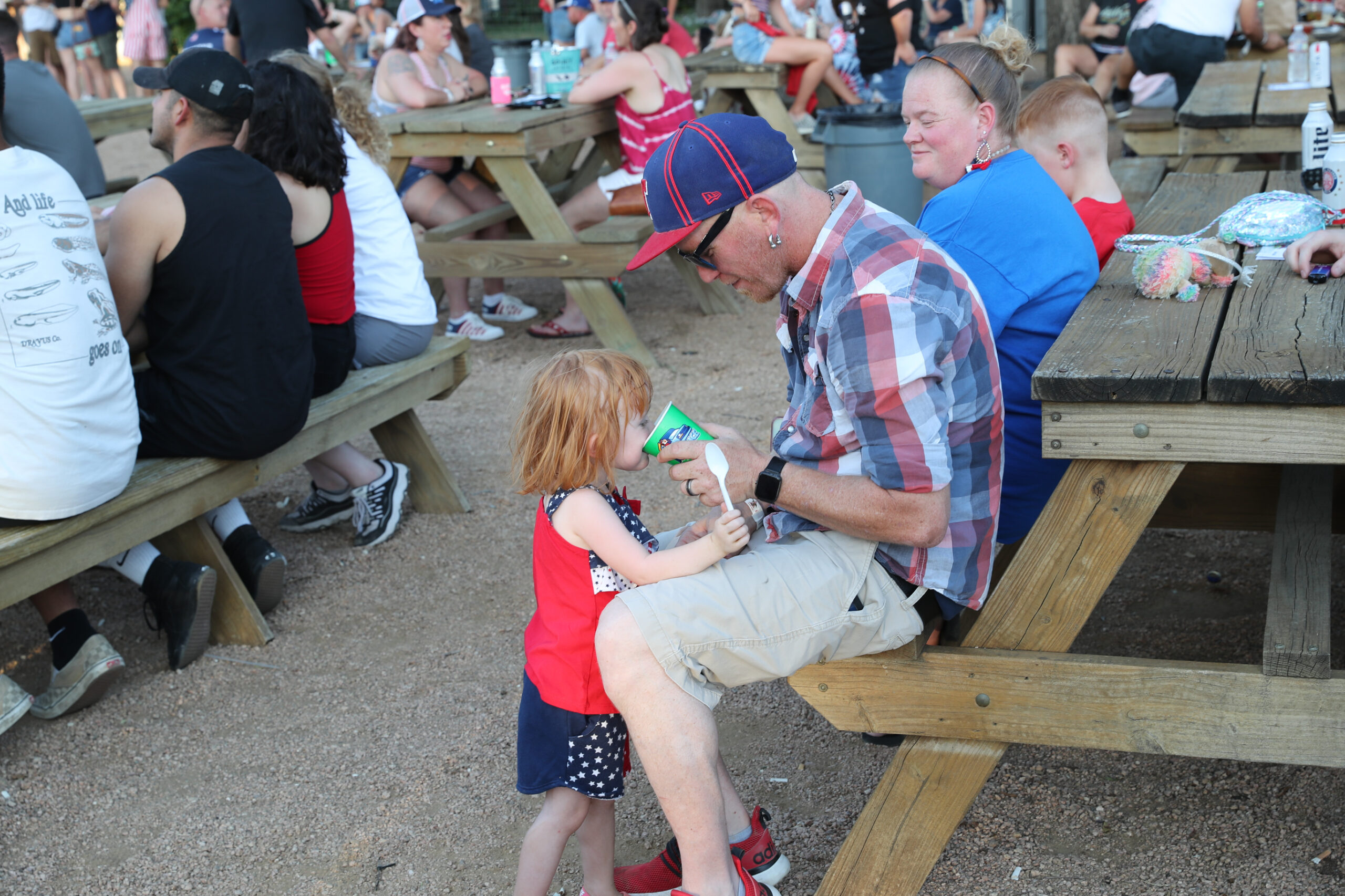 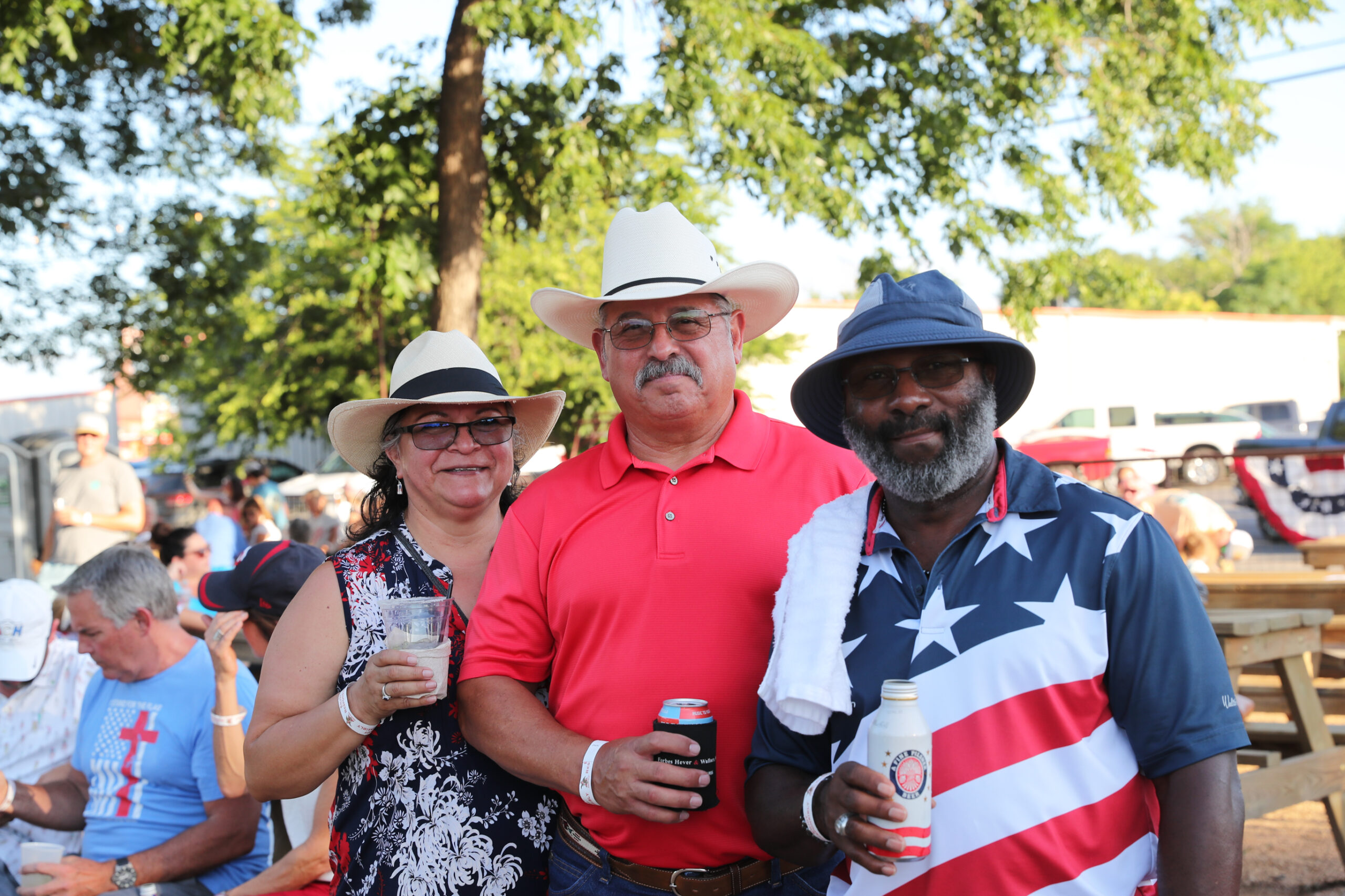 After the Fourth of July Parade on Monday, the Festival of Nolan Creek continued the celebrations with activities in Yettie Polk Park. Thousands of people shopped the vendors, food trucks, and played games in the triple-digit heat.
The Festival of Nolan Creek featured a hot-dog-eating contest presented by High5 Hotdogs. Six kids, ages 12-16, entered the contest. The first contest ended in a three-way tie, and a 30-second eat-off was held.
Dylan Stephen, from Temple, was the winner in the eat-off and won a family four-pack with an overnight stay and four passes to the Kalahari Resort in Round Rock.
Nine adults, including State Rep. Hugh Shine, entered the three-minute hotdog contest. Eric Archer from Belton was the winner, consuming seven hotdogs. Archer won $100 cash and a nice kayak. It wasn’t a Hugh Shine kind of day, however, as he finished eating his two hotdogs with respect and dignity.
The popular First Calvary Division Band provided music for the event. Staff Sgt. Kari Mhoon, was the lead singer, and took his singing off the stage and to the people who sat listening in the heat.
The week-long celebrations were capped off with Belton’s 4th of July Celebration at Schoepf’s BBQ. The band SPRUNG provided the live entertainment until it was dark enough for the fireworks show. The fireworks display was hosted by Schoepf’s owners, Ronnie and Staci Schoepf.
Schoepf thanked his sponsors, Endeco, Don Ringler Chevrolet, Gunter Financial Services, ASCO Equipment, and John R Holmes – Raymond James for their support in sponsoring the event. The fireworks show lasted about 20 minutes