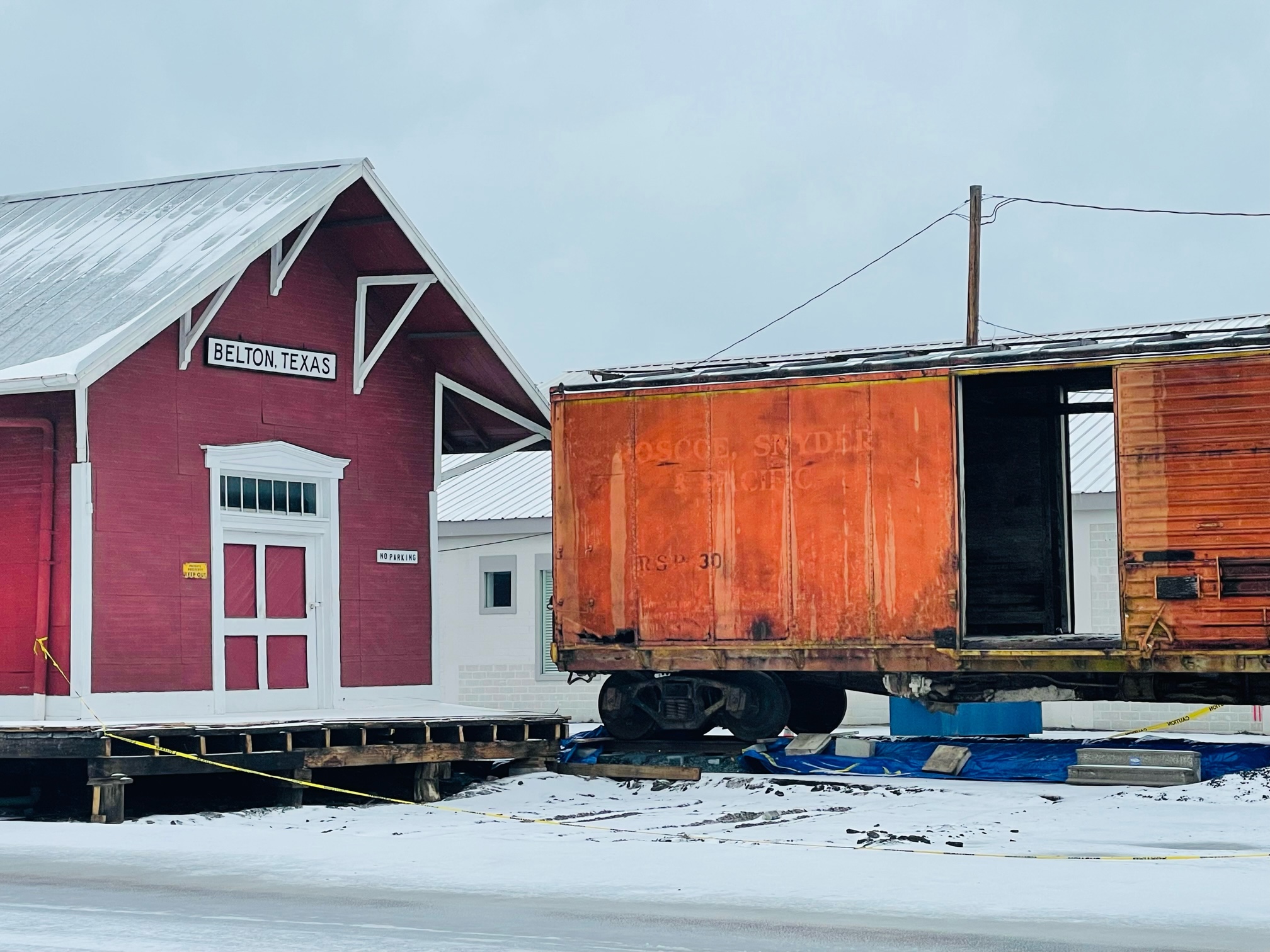 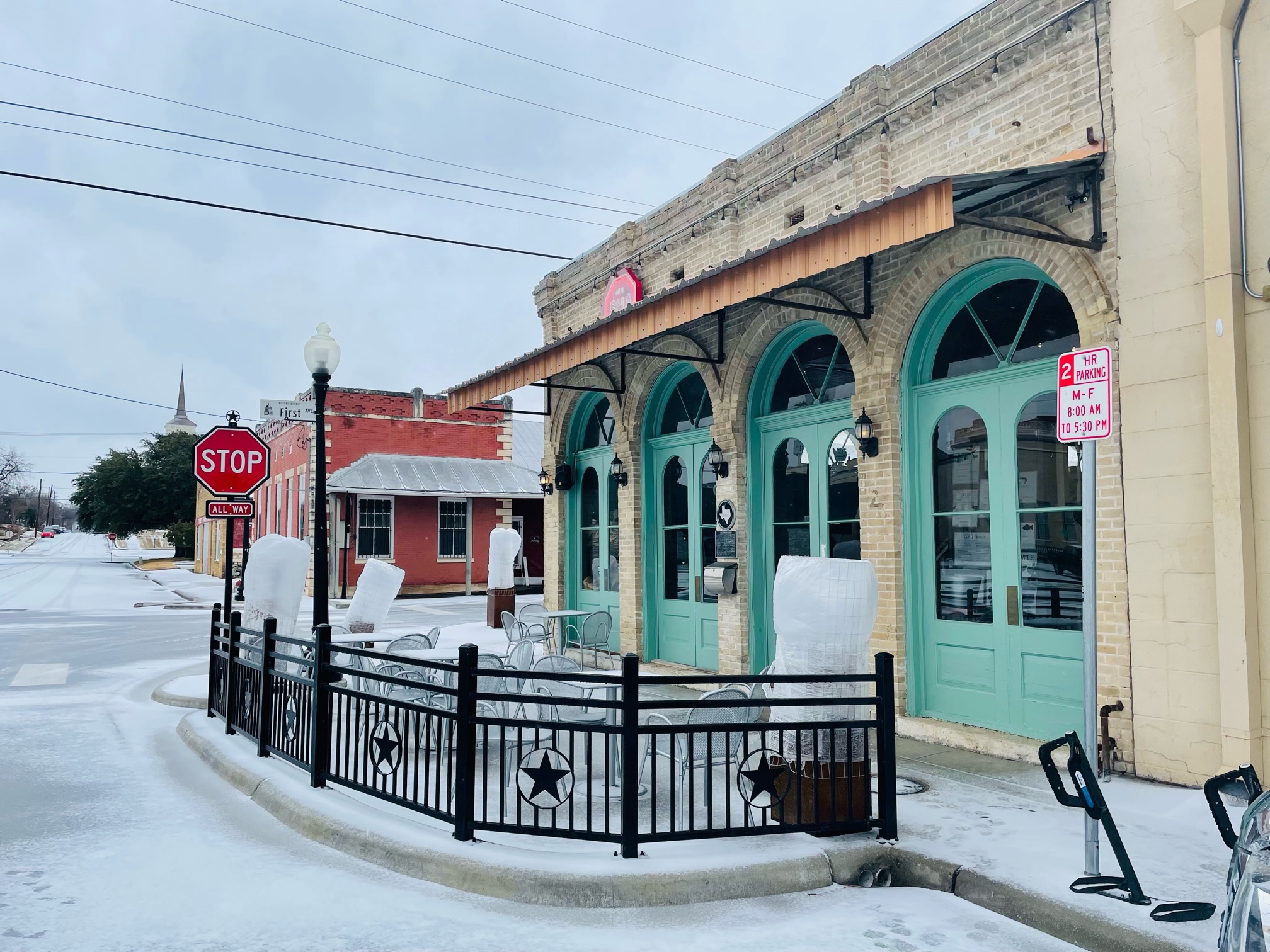 By DAVID TUMA
The Belton Journal

The City of Belton started working on the bridges in Belton at 5 a.m. Thursday morning. Freezing temperatures started around 3 a.m. that morning. Early Thursday the roadways were covered in sleet instead of snow. Once these solidified it created a thick layer of ice over the roadways. The power lines for the most part held due to the fact that it was sleet instead of rain.
Over the course of two days, city work crews spread around 18 tons of sand mixed with treated salt on certain road-ways and bridges in the community.
The Penelope, Central Ave., and MLK bridges are part of their responsibility. Highway 317 runs through Belton and is maintained by the state. If city work crews had laid the sand down Wednesday night the material would have been washed away by morning.
The bridge on 2nd Avenue was missed by the state, and city work crews sanded that bridge West of Main Street. Work crews used the City’s new spreader truck to sand and salt the roadways. Last year during the brutal winter storm the crews did the work by hand.
“Work crews understand they are important to the community. Everybody showed up to work early Thursday morning. There were 20 or more water leaks reported Thursday and Friday. Water leaks can drain the water storage tanks dry. Water levels in the tanks were monitored throughout this event,” said Public Works Director Matt Bates.
City Staff held meetings Thursday at 8 a.m., 1 p.m. and 4 p.m. and Friday at 10 a.m. By Friday the majority of the roadways had melted off the ice. Police vehicles were posted around town during the night and day similar to what they did last year. Thursday the roadways in Belton were completely covered in slick ice by the afternoon. Residents for the most part stayed off the roadways Thursday with not a single crash reported. Work crews made eight separate trips to the bridges during the day Thursday.
“By noon Friday the ground temperate raised significantly. Once people realized the conditions improved they got out of their homes. Thursday it was slick with vehicles sliding. People took this event seriously,” said Public Information Officer Paul Romer.