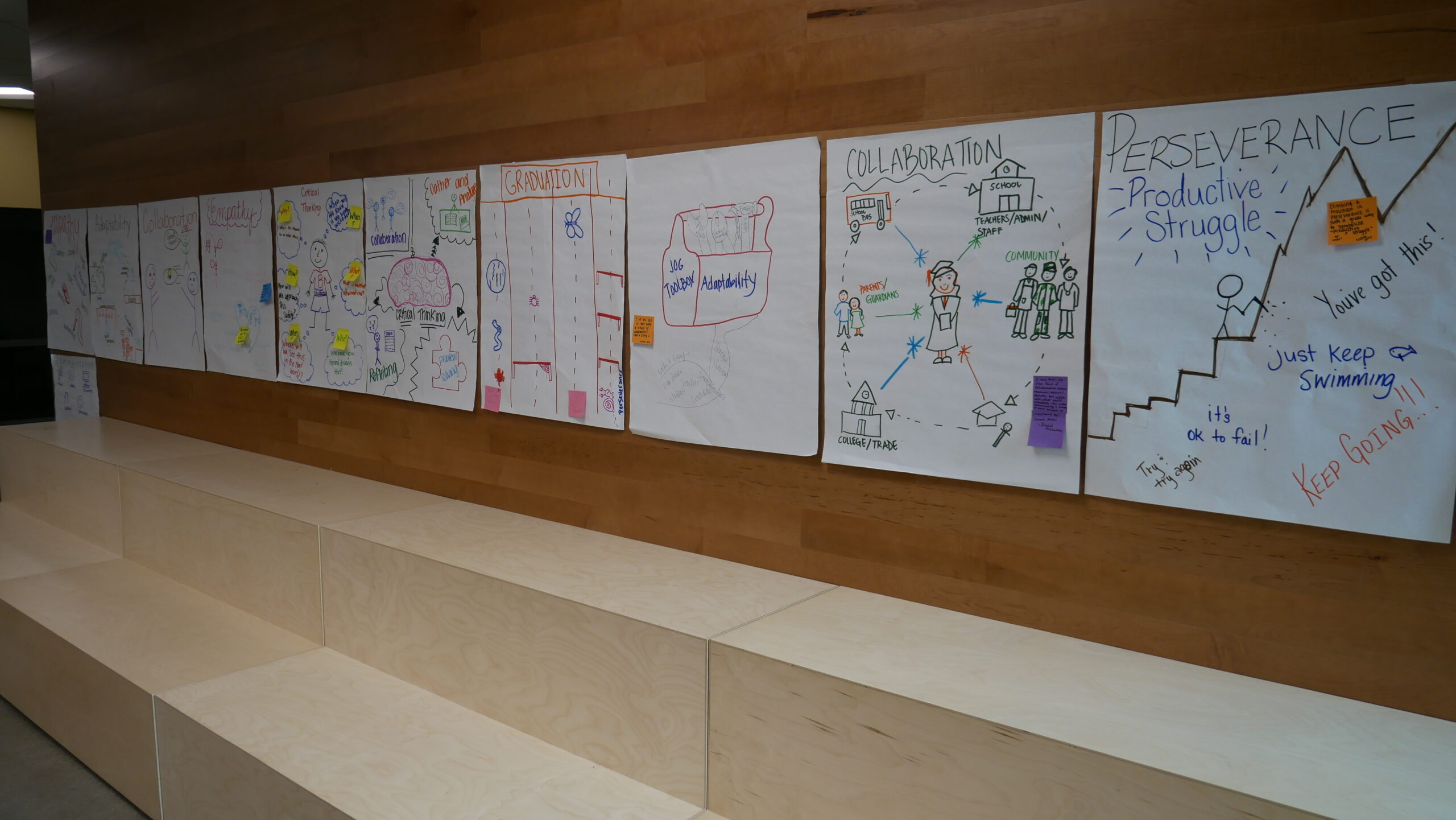 Special to the Journal

Kelli Dodd, an assistant principal at North Belton Middle School, is surrounded by almost 900 sixth-, seventh- and eighth-graders every day at work.

She’d have it no other way.

While some may be uncomfortable at the thought of being around 11-14-year-olds all day, Dodd thrives in it.

“Middle school students are super fun, and they are at the age where they are not too cool to still say ‘hi’ to you,” said Dodd, who’s worked in education for 18 years. “They have a lot of random thoughts and have a lot of ideas that are big dreams because they still see the world as such a big place. They are open to trying a lot of new things.”

It was this openness — and a willingness to talk to her in the hallway — that helped Dodd realize this age group was her sweet spot.

“Plus, they roll their eyes and smile at my corny jokes,” she said. “They don’t take life so seriously yet at middle school.”

Elizabeth Cancel, a sixth- and eighth-grade science teacher at NBMS, said people who aren’t around this age group often might not realize how truly funny they are.

“I’ve always told myself that I should keep a book of all the goofy things that happen throughout our days,” she said. “We burn a lot of calories laughing.”

She loves how her students keep her on her toes.

“I student-taught during college in sixth and eighth grades and knew immediately that there was no place I’d rather be,” she said. “This age is still impressionable and their minds can be molded. They are inquisitive, quick-witted, humorous and really still love to learn.”

Winter Walden, an eighth grade science teacher at Belton Middle School, also loves working with the district’s “middle children.” She discovered this through a process of elimination.

“Elementary students are more reliant on their teachers for help with basic hygiene than I wanted to be responsible for,” she said. “And honestly, I was a little scared of high schoolers.”

Elmer Solis, a sixth grade math teacher at South Belton Middle School, never envisioned himself as a middle school teacher until he discovered how critical these years are in a student’s life.

“They are developing in so many aspects, and my goal has always been to guide students to success,” said Solis, who’s beginning his fifth year in education. “I feel that many students begin to slip through the cracks at this point and it is important to let students know that you are there to help them become that amazing person they want to become.”

Walden, who starts her second year of teaching this month, says this age group is often underappreciated.

“They are getting to the age where they have discovered that life isn’t truly easy, but they still have the passion for life that many people lose with age and time,” Walden said. “Middle schoolers are much like Jell-O. They are malleable but still able to bounce back no matter what life throws at them. But because of the consistency of who they are, they are able to fit in anywhere.”

Walden especially loves how innocent their hearts are.

“Their brains are racing at a mile a minute, but their hearts are still so pure,” she said. “They are ever growing and changing and as a teacher you have to learn and grow with them.”

Sometimes, however, they want to grow up too fast.

“It’s one of the biggest challenges in working with them,” Dodd said. “They’ll say things or do things without putting a lot of thought behind it because they see or hear older siblings or parents say or do those same things.”

“They are seeking more and more independence — both at home and at school — but sometimes don’t always use that independence to the best of their abilities,” she said. “And middle school has its fair share of drama. We process through feelings quite a bit, even in my science classroom.”

Solis said misunderstandings are often caused by this age group not understanding the “why” behind things and acting impulsively. He combats this by creating a safe place for them to express themselves and working hard to create positive relationships.

“They are fun to be around and just need people in their life who are willing to listen and understand their point of view while providing necessary guidance for their development,” he said. “They need people to believe in them and accept them for the awesome individuals they are.”

In addition to her role as a teacher, Cancel sees herself as a cheerleader for her students.

“I show up every single day and give them the best education I am able to give them,” she said. “I acknowledge them by name and recognize them for both big and small success. I also send random notes, emails and postcards home. When someone knows you care about them, it matters and they grow.”

Dodd tries to make an impact in student lives by always showing up with a smile on her face, knowing each student by name, being willing to listen and singing silly songs. (Last year, to encourage mask wearing, she sang an original song to the tune of “Be Our Guest” from Beauty and the Beast.” She’s got one prepared for this year about the dress code.)

Dodd enjoys the energy from her “middle” children and how they make her laugh.

“Middle school students have the biggest hearts and want to have such an impact on the world,” she said. “They have big ideas on how to make things better.”

For Walden, the opportunity to build relationships with her students makes every day as a teacher worth it.

“One thing that I have learned about middle schoolers that would blow many peoples’ minds is the fact that they are so open minded and willing to learn about so many different things,” she said. “They are just young adults who still have the freedom and innocence for life that we all strive for.”