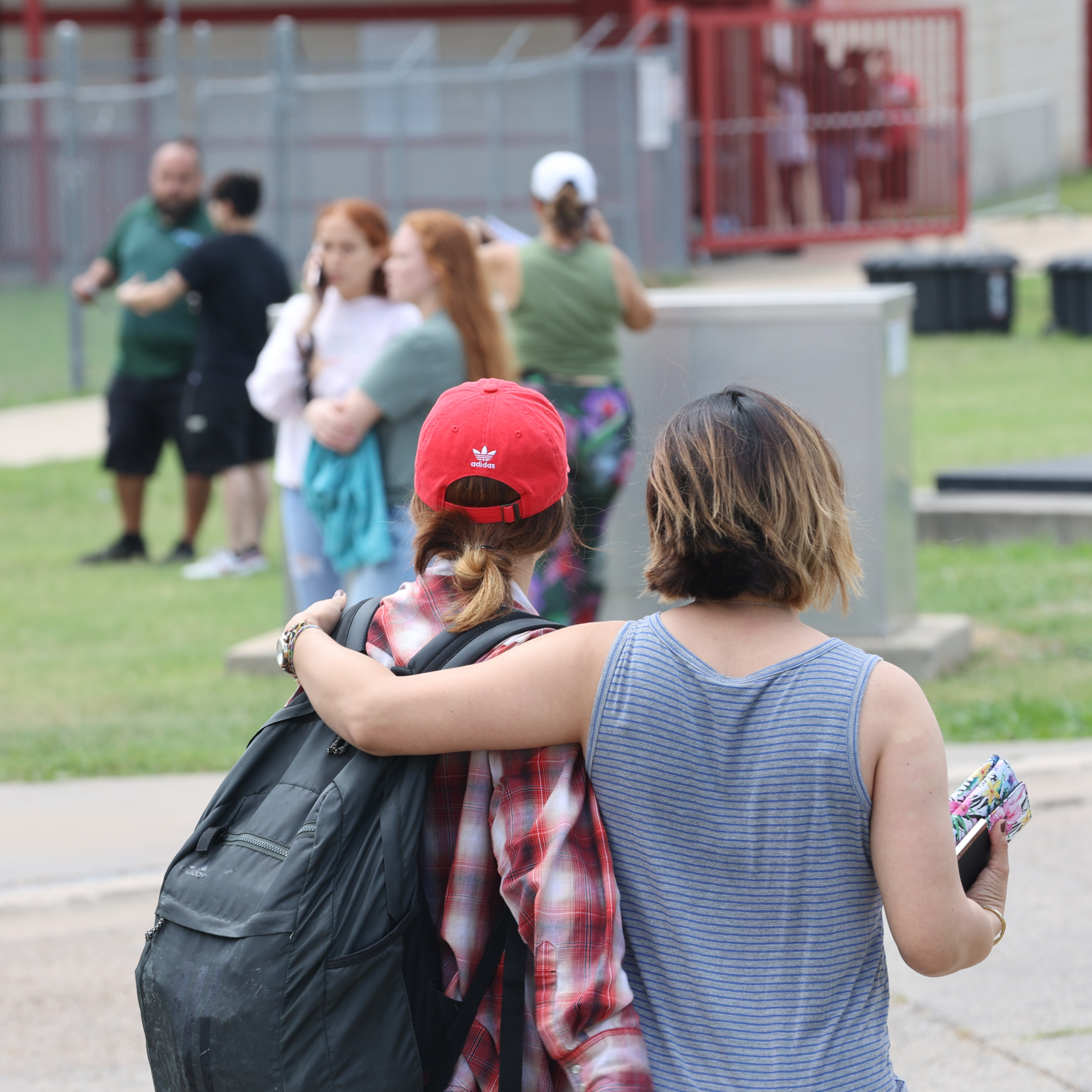 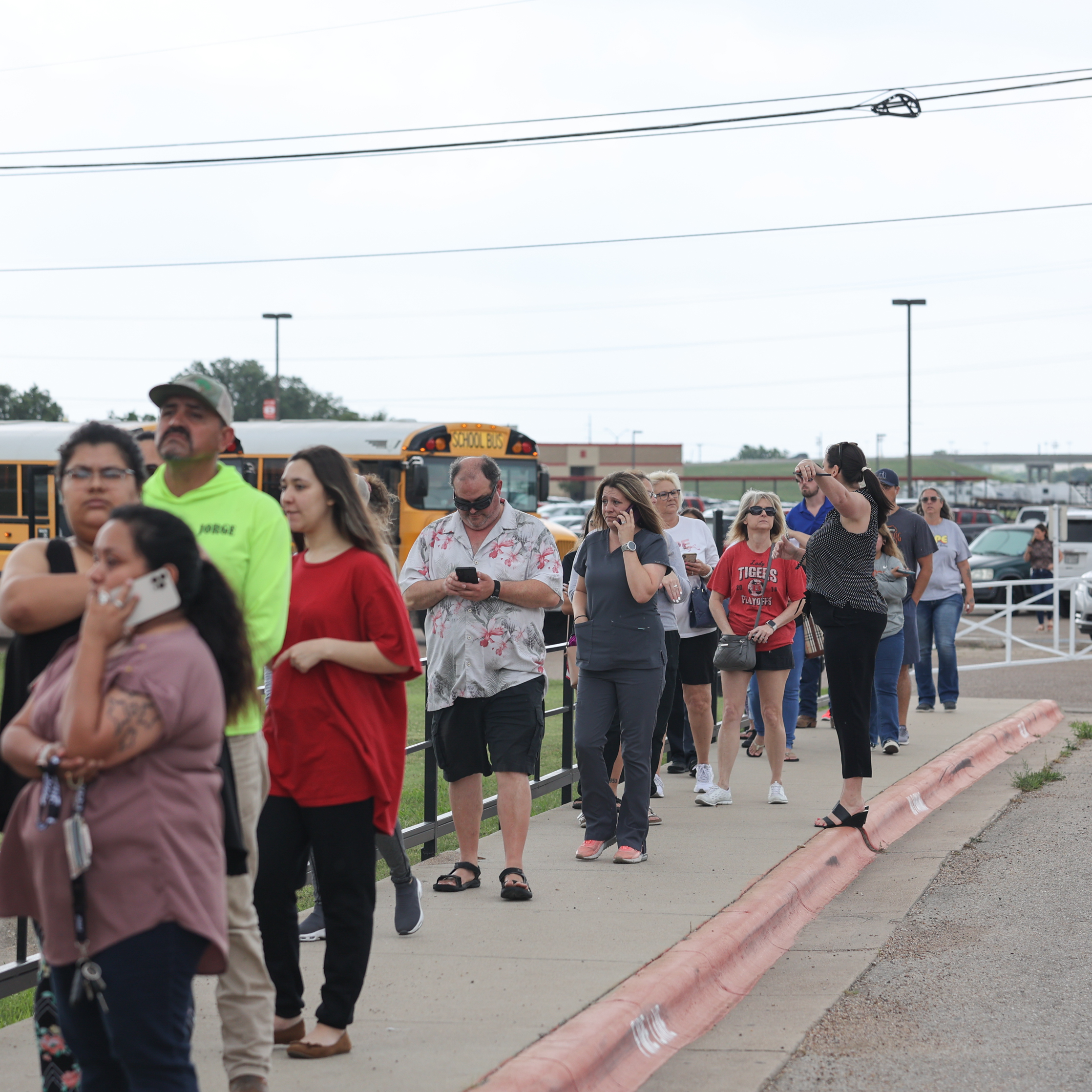 The entire Belton community is reeling with shock and grief, after one Belton High School student was arrested by police and another student is dead following a Tuesday morning stabbing in a restroom at Belton High School.
Joe Ramirez, 18, was transported to Baylor Scott & White Medical Center in Temple for treatment and the call went out for O-negative blood, and donors lined up immediately to contribute. However, Ramirez succumbed to his injuries.
Another student, Caysen Tyler Allison, 18, was apprehended by police after he fled the area, authorities said. He was then apprehended and taken into custody around 10:09 a.m. Allison was on the Bell County Jail roster with no bond data listed as of Wednesday morning.
Belton police responded to a call about the stabbing around 9:47 a.m. The school was placed on lockdown at that time. According to Karen Rudolph, BISD Communication Specialist, parents were notified of the lockdown through the school telephone notification system, text messages, emails and Facebook.
The reunification of parents and students was done at Belton High School where parents were instructed to respond to the school and park at the south side of Tiger Field. School staff opened check-in stations where parents were required to fill out a reunification packet and provide identification before their child was released to them. Parents were visibly stressed about the incident, however, they remained calm and cooperated with the school officials.
Parents waited outside the fenced area at the Belton Athletics Building on the north side of Tiger Field while the students were seated on the bleachers in the football stadium. Students were released to their parents as their names were called. There were emotional reactions between parents and their child when they reunited with each other. Some parents were crying and rushed their child past the other waiting parents.
Samuel Emeodi-Wilson is a freshman, and said the incident took place during passing period. According to Wilson, his class was locked down for about an hour and a half.
Jasmine Mitchell is a Junior at Belton and didn’t know what was happening at first.
“All the lights went off, and we were all told to go to the back of the classroom. I was really scared at first. I thought there was a shooter,” Mitchell said.
Israel Salinas said he was at work when he got the notification of the lockdown. Salinas texted his daughter and niece who attend Belton, but didn’t get a response from them right away. “I was a little nervous until I finally heard from them. The notifications and the release of the students seem to be very organized,” Salinas said.
According to Rudolph, the school holds practice lockdown drills several times a year. Lockdowns aren’t limited to just a physical threat, but they are also used in medical emergencies to keep the hallways open for emergency services.
On Tuesday evening, a vigil was held for Ramirez outside Christ the King Catholic Church in Belton. His classmates wore red and held a balloon release. Ramirez, a member of the class of 2022, was to have graduated with his fellow classmates on May 26. Ramirez had played junior varsity football for the Tigers.
A family friend set up a GoFundMe for the Ramirez family, with a goal of reaching $25,000 to help with funeral and burial expenses. By Wednesday morning, that goal had been surpassed.
On Wednesday morning, Belton Tiger Football tweeted about one of their own.
“We wake up this morning in Belton, America with pain in our hearts, especially for Joe’s family and friends. We will deal with the shock, grief, and sadness as a community with love and compassion for one another. Prayers for Joe and all affected.”
No memorial service arrangements had been announced by press time Wednesday.