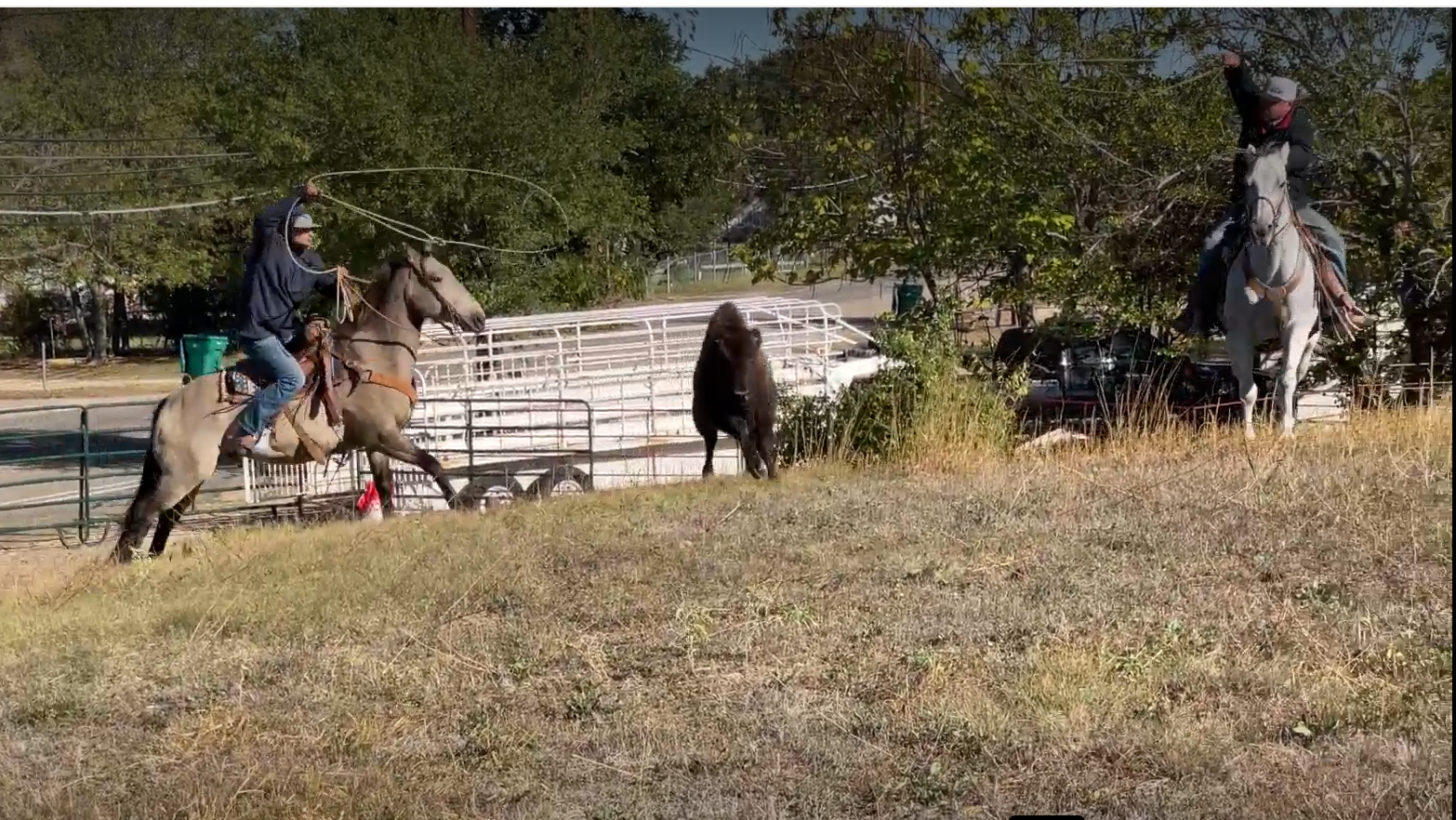 A bison escaped from a veterinarian’s office on E. 6th Avenue in Belton on Tuesday morning, with the first call coming in to Belton animal control around 7:28 a.m.
The bison was traced Penelope and the I-35 frontage road.
“From there the bison ran to a thicket of trees off the I-14 frontage road, near Tractor Supply. It was finally captured off the shoulder of the I-14 frontage road,” said Paul Romer, Public Information for the City of Belton.
The animal control officer reached out to a Salado veterinarian, Romer said, who helped arrange assistance from a couple of local cowboys.
On horseback, the pair worked to safely contain the bison, until it was roped old West style and subdued, then loaded onto a waiting trailer.
Once the bison was captured the veterinarian took custody of it to return it to its owner, Romer said.
Share this...