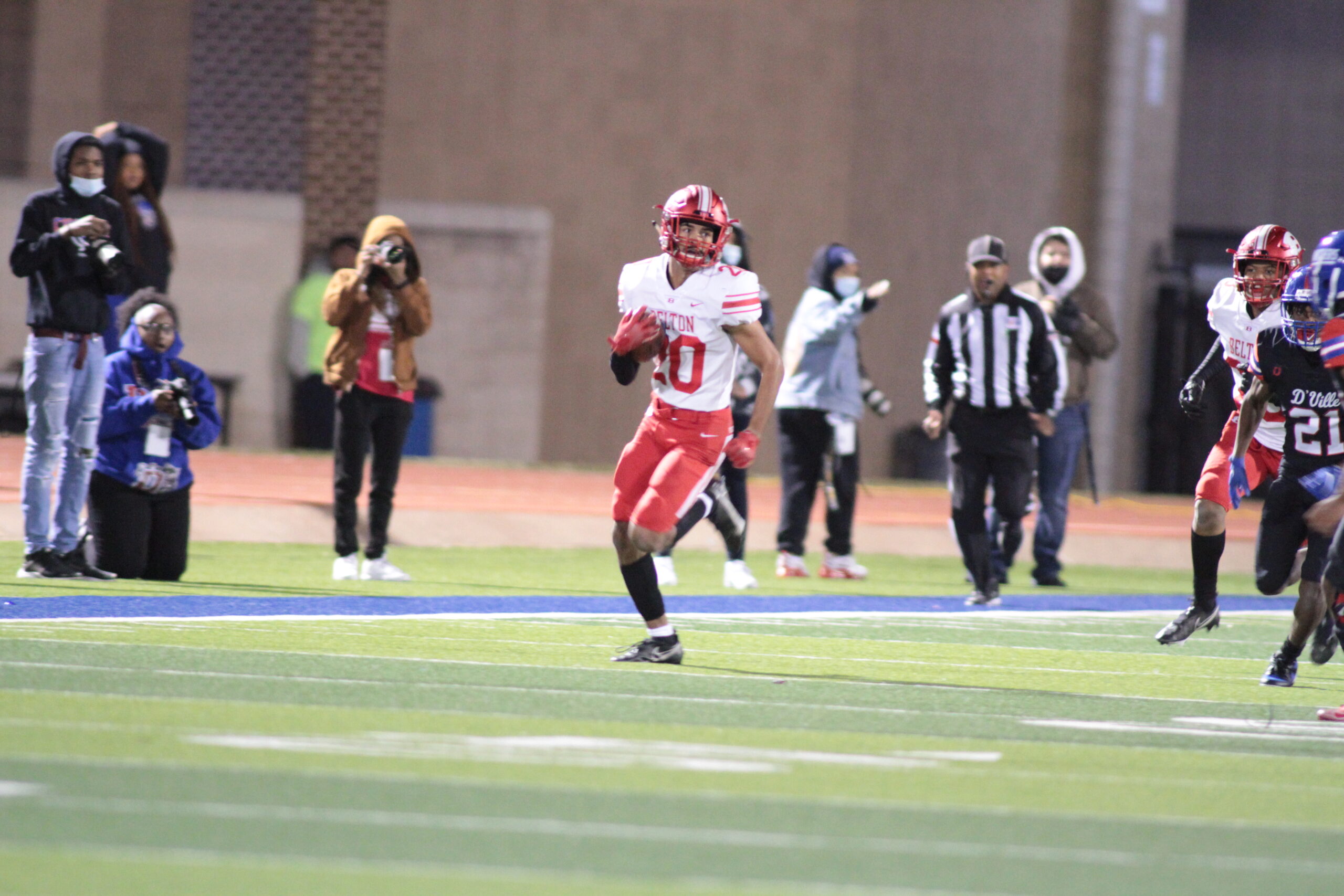 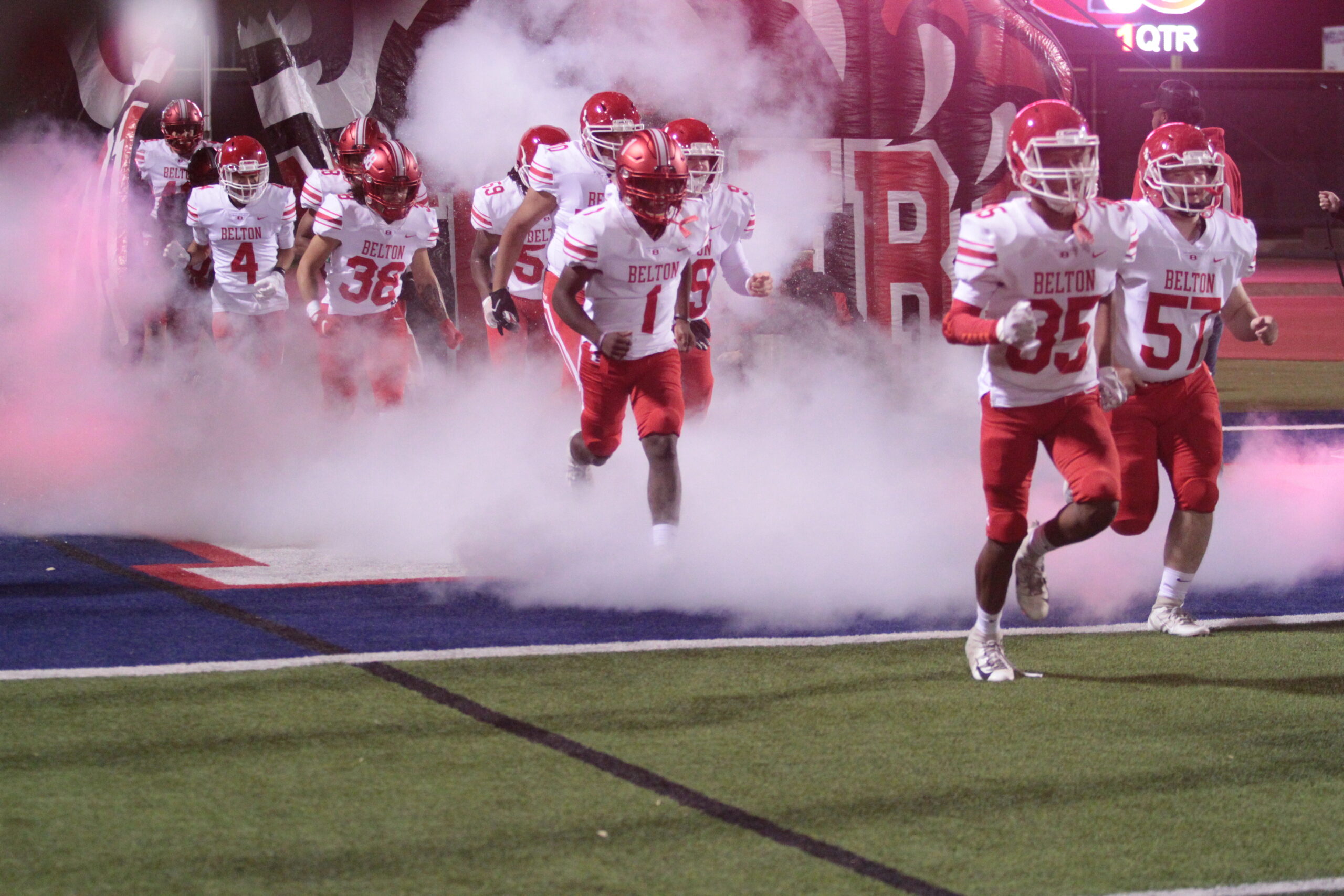 As a reward for returning to the playoffs, the Tigers drew one of the most difficult matchups possible, traveling to Duncanville for a Class 6A, Division I bi-district contest against the No. 4 Panthers, who have advanced to the state semifinals in each of the previous three seasons with two trips to the championship game.

While the chances of delivering an upset were minimal, Belton maximized the opportunity early.

After allowing a touchdown on the game’s opening drive, Tigers senior cornerback Trent West made his first of two interceptions in the contest during the Panthers’ next possession to set up a one-play scoring drive, tying the score 7-7.

But it proved to be Belton’s lone highlight.

Duncanville scored 35 unanswered points to close the half en route to a lopsided 63-7 victory.

Following Slade LeBlanc’s 79-yard touchdown pass to Seth Morgan with 4 minutes, 32 seconds remaining in the first quarter, the Tigers were completely overwhelmed, accumulating just eight more yards during the duration of the game.

Thanks to a failed onside kick attempt, the Panthers pounced on a short-field opportunity after Belton tied the score, delivering a 44-yard drive into the end zone to reclaim control. Then, Duncanville (9-1) recovered a fumble and turned it into a touchdown less than three minutes later to create a 21-7 advantage early in the second quarter.

The gap widened to 21 points on an interception return for a touchdown, and the Panthers scored twice more on the heels of a pair of Belton punts to take a 42-7 lead into halftime.

With a running clock in the second half, Duncanville scored on each of its two offensive possessions and recovered a fumble in the end zone following a botched snap on a punt for the final points of the game.

Now, the Panthers will prepare for an area-round encounter with Mesquite (6-4).

The defeat concludes a bounce-back campaign for the Tigers, who produced their first winning record and returned to the playoffs for the first time since 2018, when former head coach Sam Skidmore guided Belton to a 7-4 showing.

There were plenty of peaks and valleys along the way, though.

After opening the season with a 35-31 victory at Georgetown, the Tigers lost four of their next six games, alternating two-game losing and winning streaks en route to a 2-2 District 12-6A record.

Then, Belton closed the regular-season schedule with three consecutive victories, sandwiching wins against Ellison and Killeen around a milestone moment versus Shoemaker. By defeating the Grey Wolves 24-15, the Tigers clinched their playoff berth and earned the program’s 600th all-time win.

The Tigers’ first playoff victory since beating South Grand Prairie 38-30 in 2016, however, still eludes them.

The University Interscholastic League’s bi-annual realignment and reclassification information will be released in February, but based on the enrollments submitted and previous cutoff numbers, the Tigers will drop to Class 5A and likely reside in Division II beginning next season.

The move should help level the playing field for Belton, which lost a major percentage of the school’s population to Lake Belton, and help it avoid situations similar to its blowout loss to the Panthers.

While every classification has powerhouses, Duncanville is one of the state’s largest schools with an enrollment of more than 4,500 students, while Belton submitted 1,917 on snapshot day – a date when all schools must turn in official numbers for the UIL to base its realignment decisions on.

Class 5A consists of schools ranging from 1,230 to 2,219 with the cutoff between Division I and Division II set at 1,921.5 in the current construction.

Along with being aided by the state-wide reshuffling, the Tigers have the potential to return plenty of playmakers, especially on offense.

Brown, a sophomore, settled into the starting spot by late season and finished his debut campaign by completing 115 of 210 passes for 1,603 yards and 18 touchdowns, while LeBlanc, who threw, caught and ran for a combined seven touchdowns this season, and receiver Mason Ramm (10 catches, 153 yards, 1 TD) will each be seniors.

Defensively, though, Belton will be searching for answers as junior linebacker Donovan Thompson is the only member of the team’s top 10 tacklers who is not a senior. Additionally, only seniors recorded an interception this season, and Thompson was the only non-senior to recover a fumble.