Christmas on the Chisholm Trail draws crowds to downtown 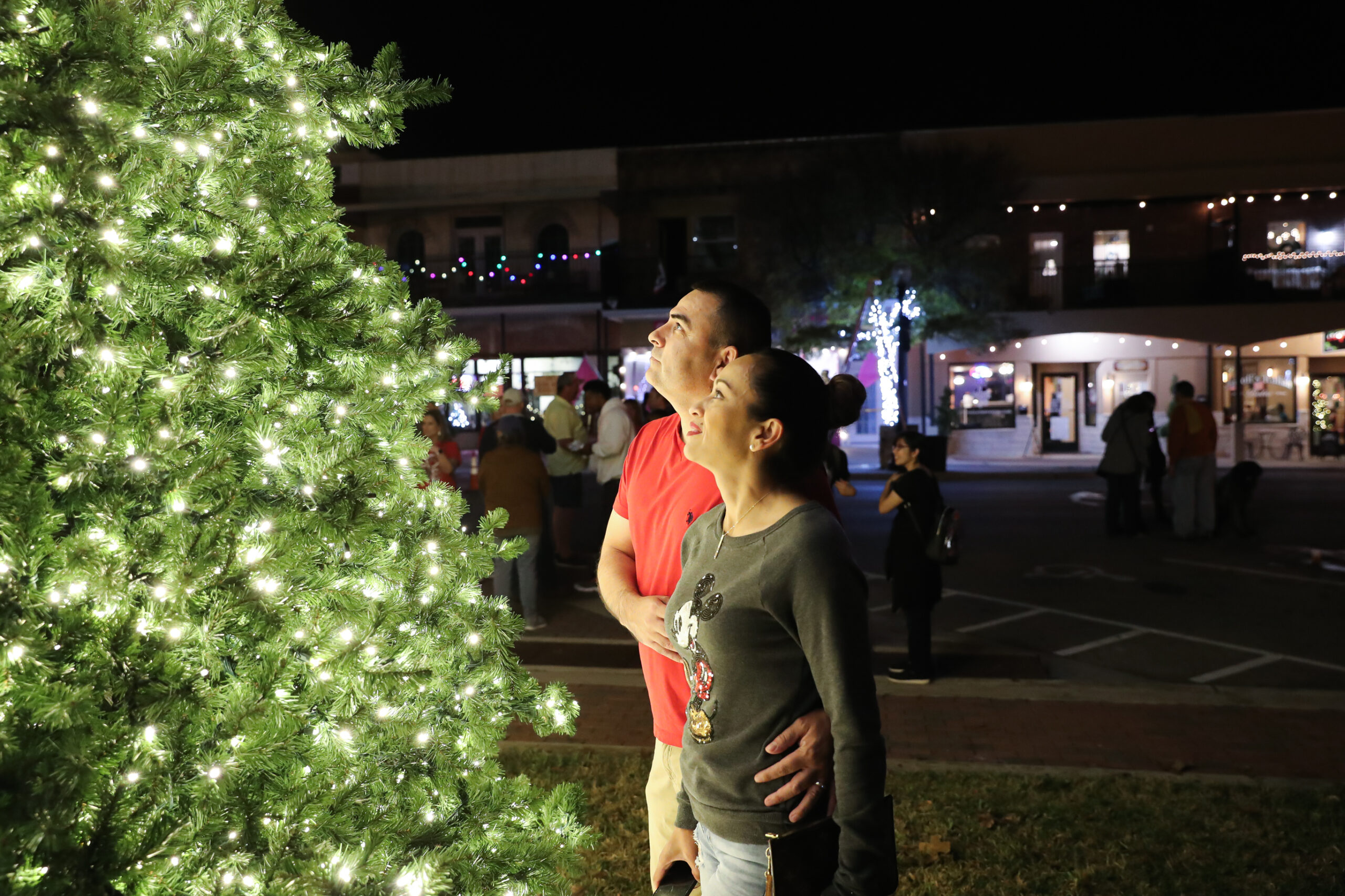 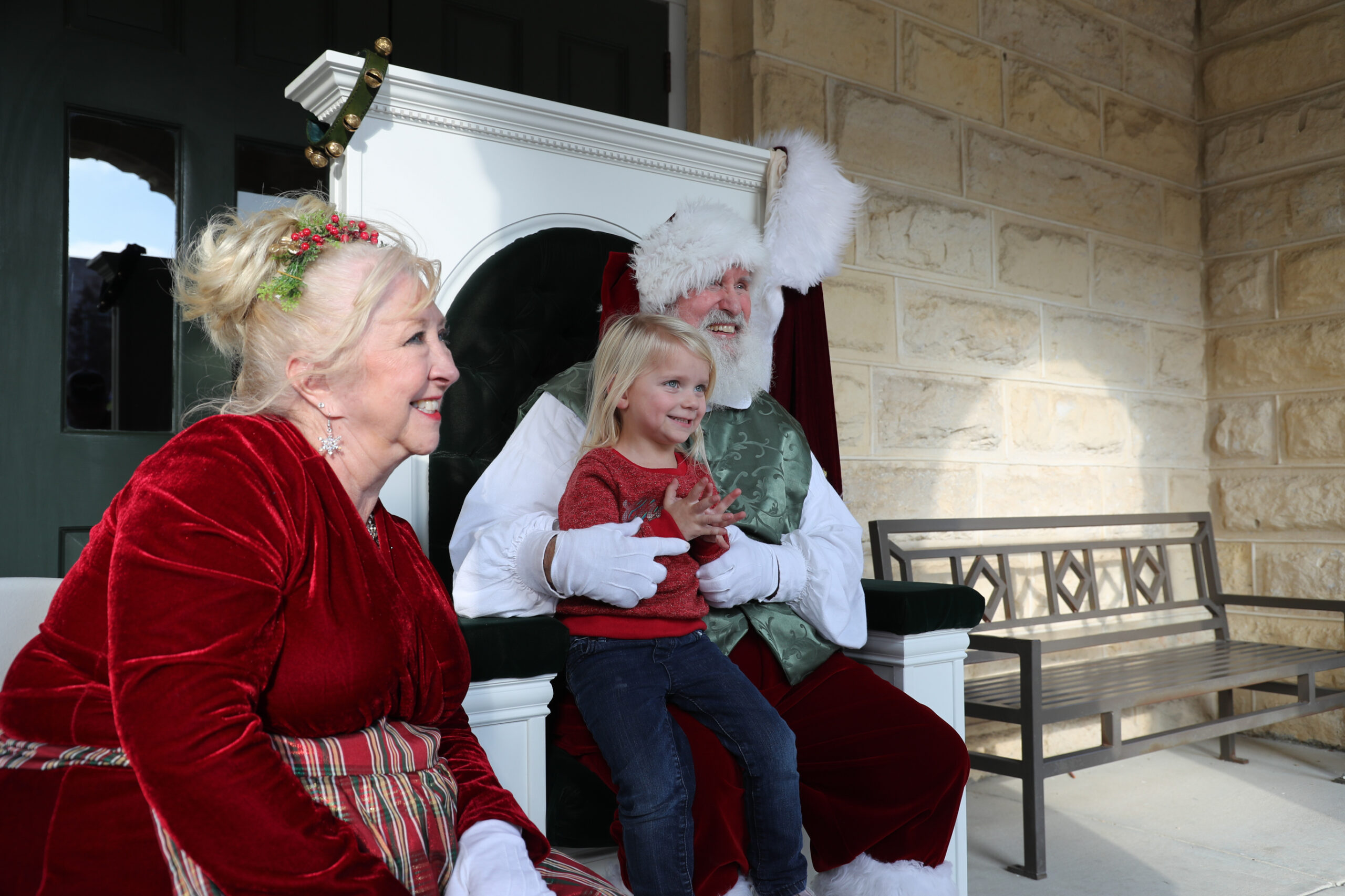 The much-anticipated return of the annual Christmas on the Chisholm Trail was kicked off Friday evening with an outdoor showing of the movie “The Polar Express” in downtown Belton along with the lighting of the Christmas tree at the Bell County Courthouse.

Matt Bates, the interim Director of Public Works, said the tree lighting is a tradition for Belton.

“People love it. People have a lot of pride and love to come out and see the tree lights,” Bates said.

The 24-foot tree with a starburst topper is wrapped with thousands of lights. This year the trees on the Chisholm Trail are also wrapped in lights.

“It’s bigger and better this year, because not only will the Christmas tree light up, but all the trees will light up at the same time,” Bates said. “It’s an exciting start to the Christmas season after being rudely interrupted last year by COVID.”

The City of Belton and the Downtown Business Alliance hosted the events to usher in the holiday. Restaurants and small shops had a brisk flow of shoppers and diners throughout the evening.

Families crowded the street between the Bell County Courthouse and the rows of small businesses lining the other side of the street. It was perfect weather for bringing lawn chairs, wagons, coolers, blankets to watch the movie. Two giant sky track forklifts anchored down the large inflatable movie screen.

The lighting of the tree had a minor hiccup when the tree lights didn’t come on as Mayor Carpenter pulled the switch. With two more times of pulling the switch, the lights finally came on. The Belton High School Lady Tigers Soccer team sang Christmas carols as people took pictures around the Christmas tree.

Brenda Rey and her husband Julian, drove from Killeen for the event. The Rey’s said, “It’s a beautiful tree. The hiccup with the tree lighting was no big thing.”

The City of Belton looked its best for the holiday festivities, bringing people together on the Chisholm Trail.

Vendor pop-ups lined the streets on Saturday. Food trucks, along with the popular Bold Republic Brewing Company, were available for food and beverages.

Officer Ravizee of the Belton Police Department worked the Candy Cane with a Cop station. People walked by and he would say, “You have an empty hand, here’s a candy cane.”

Madison Arnold received a lot of attention as she strolled the streets with her two Alpaca’s wearing holiday decorations. Stations were set up so kids could write a letter to Santa. There were lots of places to shop and eat.

Three-year-old Charlotte Gillies sat on Santa’s lap and asked for a Barbie Doll. Santa reminded the boys and girls to eat their vegetables, to be a good boy or girl before Christmas, and to be sleeping when he drops off the presents.

Brian and Kerri Pridemore live in Belton and brought their two daughters, Katie and Millie to see Santa.

“We love Christmas on the Chisholm Trail. It’s a great thing for kids. Listening to the music, the crowd, the food, seeing Santa is the highlight of the whole thing.”

Thousands of enthusiastic people returned this year, after the parade was canceled in 2020. Families staked out their place along the North Penelope parade route to see the sights and sounds of the annual Christmas parade. The parade made its way into downtown with the Christmas spirit of sirens screaming and lights flashing. Float entries were pulled by trucks decorated with Christmas lights. Cheerful people walked and skated the parade as they handed out candy. Local businesses supported the parade with their decorated entries. A small equestrian entry brought up the rear of the parade. Santa and Mrs. Claus rode on a City of Belton fire truck to close the parade.