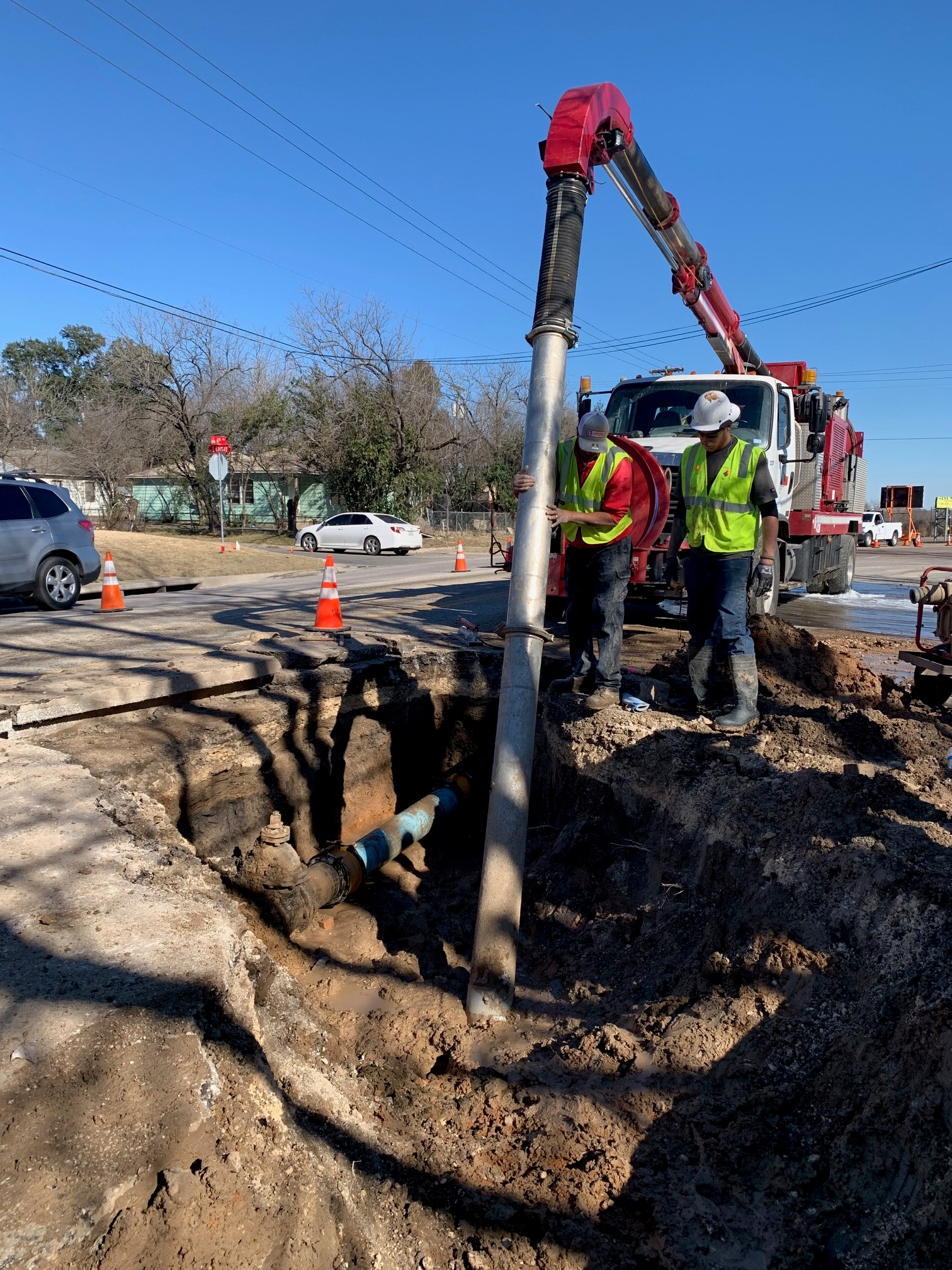 By DAVID TUMA
The Belton Journal

The City of Belton’s new water tower is under construction.
“They are moving dirt. The bottom portion of the water tower is taking shape,” said Public Works Director Matt Bates.
The base will be built and the top portion that holds the water will be welded around the tower portion. Once the tank is completed on the ground cranes will lift it up onto the tower portion and attached.
“They are making good progress with a tentative completion date of Spring 2023. If the weather holds, they will make good progress. This new one million gallon tank will be the largest in our system,” said Bates.
The Loop 121 tower is 500,000 gallons and the Miller Heights tank is 750,000 gallons. City staff can monitor the consumption of water in the two operational tank in the Public Works office.
“In the mornings you can see the use of the system as everybody jumps in the shower in the morning. The water in the tanks drops in the mornings as the use goes up,” said Bates.
The morning of the interview, Bates demonstrated the use of the tanks on the computer in his office.
The Loop 121 tank had 30 feet of water at 4 a.m. By 6 a.m., you can see the drop in the water level in the tank and by 8 a.m. the level is 20 feet. This is before summer usages hits the system. By midday the tanks will be close to full again.
“This new water tank will help stabilize the system and help alleviate some of the low water pressure points we have. It should level out the highs and lows in the system,” said Bates.
The streets around the Harris Center west of Main Street will have two-inch lines replaced by eight-inch water lines. The streets will be resurfaced after the construction is completed. This project is between Alexander Street and Boyles Street. There will also be sewer line replacements done in this area. The total project is estimated to cost $1.4 million. Construction began in March and should be completed in four months.
Bids went out April 3rd on the 6th Avenue water line replacements. The 6th Ave. line is cast iron and usually in need of multiple repairs throughout each year. The line is an old 8-inch line of deteriorating cast iron. The line is under the roadway which ads to traffic congestion while under repair.
The new line will be 12-inch PVC under the sidewalks along the side of the street. This should make repairs easier. The area bid is from IH-35 to Old Waco Road and is around 2,963 linear feet, 117 linear feet of 16” steel incasement by bore. Connections to the system will be six- and eight-inch waterlines.
“A lot of folks have worked on this project. We are excited about the project going out for bids. This has been a maintenance issue for us for many years,” said Bates.
New playground equipment for Chisholm Trail Park has been ordered to replace aging equipment. The project should be completed by Memorial Day. Heritage Park’s expansion has been put out to bid. The summer street repairs have been put on hold till prices stabilize. A closer look at where prices stand will examined in June of this year.