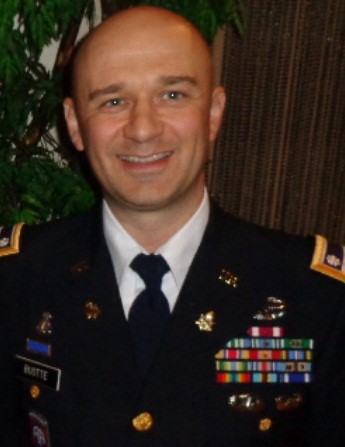 The Central Texas College (CTC) Fine Arts department announced it will host an artist exhibit featuring the works of sculptor and art therapist Peter Buotte. The exhibit, “Invisible Wounds,” features a series of digitally-rendered sculptures and photographs of U.S. combat veterans who have experienced traumatic brain injury and/or post-traumatic stress. The display will be available September 14 through November 16 in the upstairs art gallery of the CTC campus library in Killeen.

Buotte, a contemporary sculptor, retired combat veteran and national board-certified art therapist, brings to the forefront the imperceptible and unseen struggles of today’s veterans who have served in Iraq or Afghanistan since 2001. “As a therapist I get to encounter the invisible consequences of war each day,” said Buotte. “As an artist, this series intends to make visible the inner, invisible experience of today’s veteran who served in Iraq or Afghanistan since 2001.”

“Invisible Wounds” was part of the “A Salute to Veterans” art display at the Temple Cultural Activities Center in Temple last year and previously exhibited at the Texas State Capitol in Austin during Veterans’ Day weekend in 2019. Two of the sculptures included in the show were on display at the National Veterans Art Museum in Chicago, IL.

The exhibit embraces veterans of all services, ranks, genders and heritages. While the subjects in the exhibit are not Buotte’s patients, each service member has been described as displaying an act of courage by selecting a facial gesture and posed as a sculpture. Buotte has also created a “Spirit of Survival” page on Facebook with nearly 300 followers of his five-year art project.

Buotte fosters a safe, supportive environment for therapeutic self-expression for active-duty military patients who have post-traumatic stress and/or mild traumatic brain injury. He leads individual and group art therapy sessions with the clinical approach of strength-based cognitive-processing. On the effectiveness of art therapy, Buotte noted, “At its deepest, the art therapy process can go beyond the verbal – and even beyond the recognizable image – in order to emotionally engage with the patient/client.”

4 to 5 p.m. The exhibit and reception are free and open to the public.