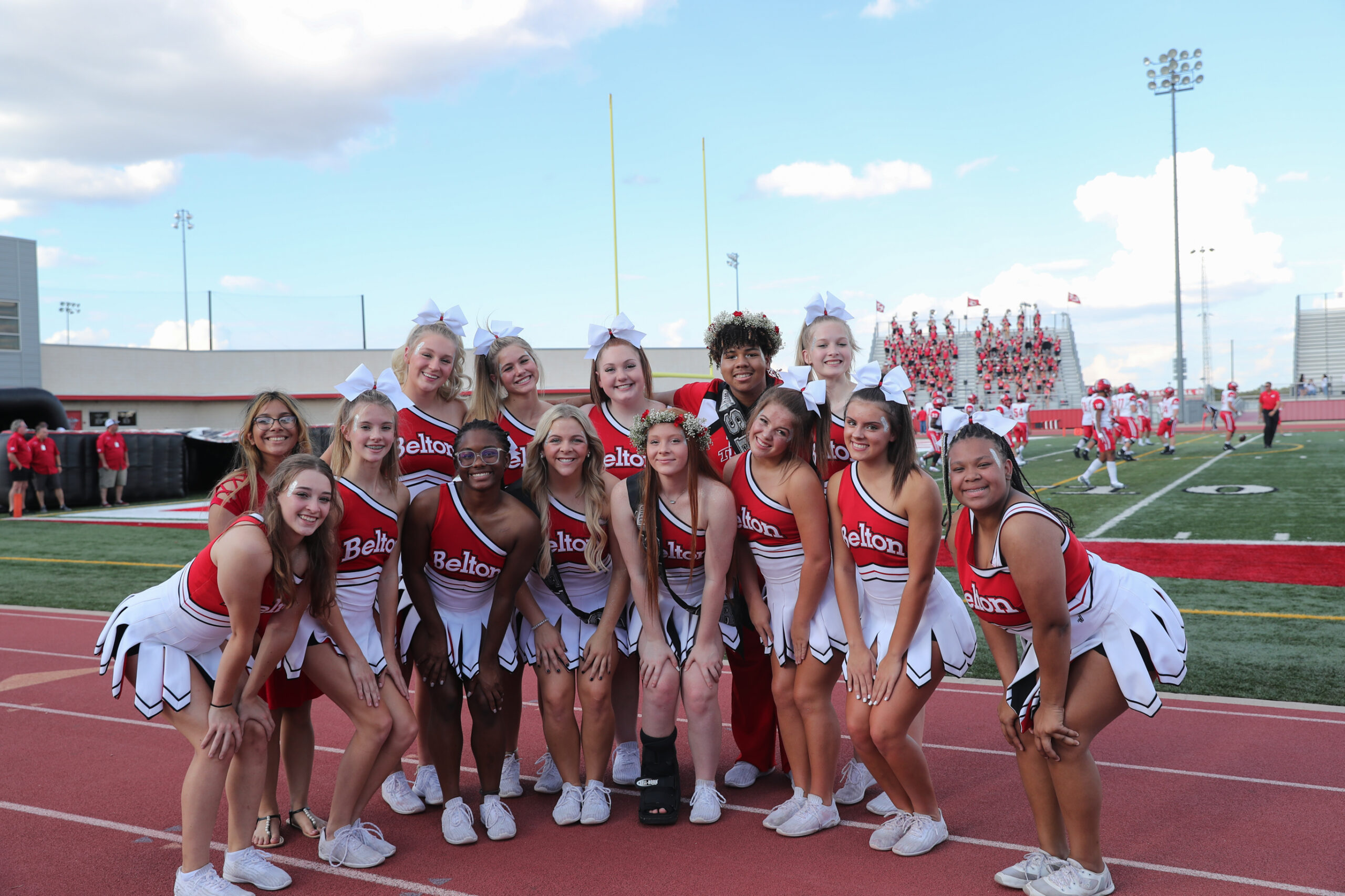 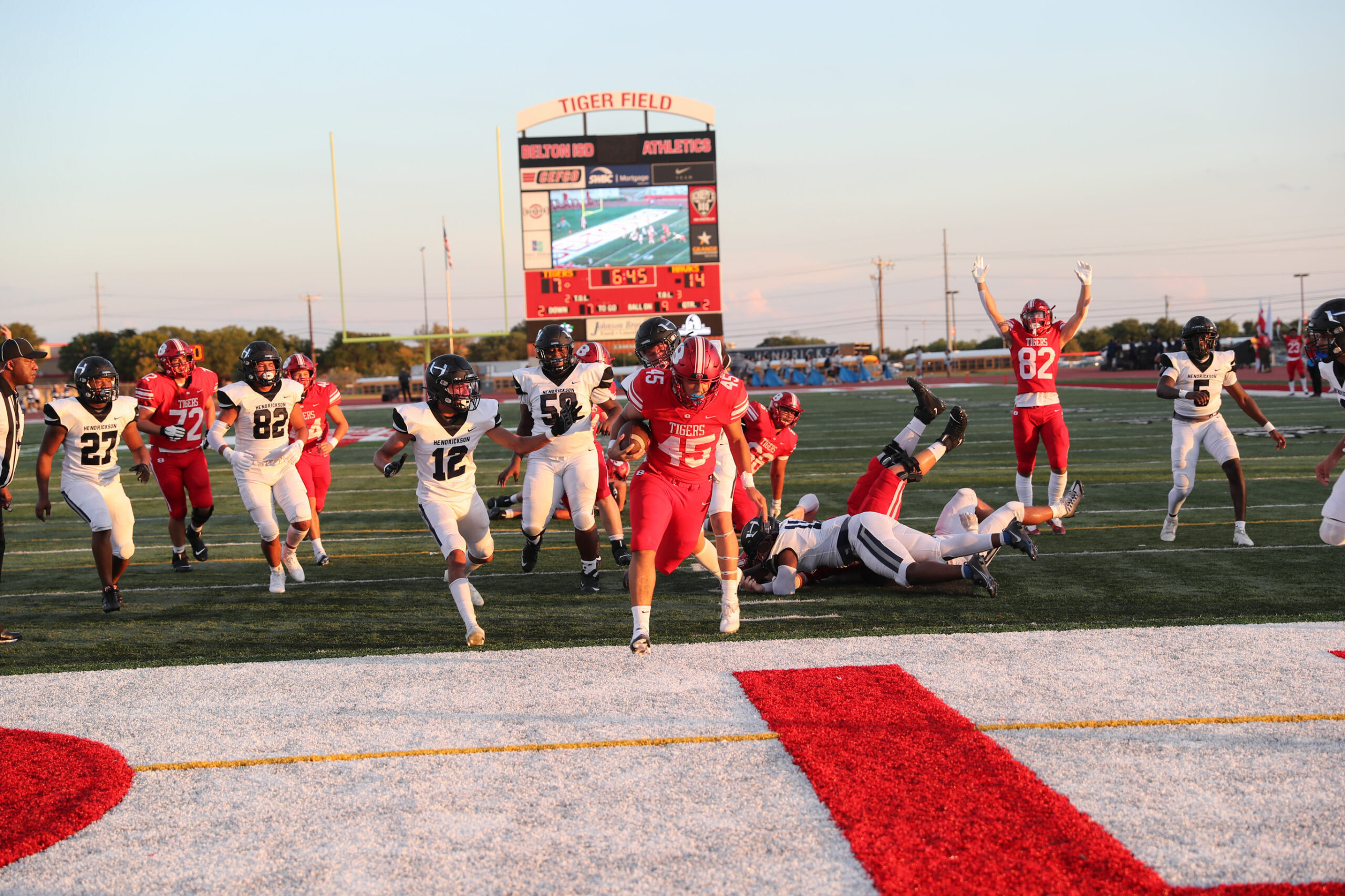 As a junior, Belton’s receiver experienced tremendous sorrow while helping the Tigers return to the playoffs. Complex emotions of mourning and jubilation would often intersect, creating an internal conflict at times.

Friday, however, there were no struggles for Oliveira either on or off the field.

Belton opened its season against Pflugerville Hendrickson at home, where the Hawks rallied for a 17-14 victory in 2021, engineering a 10-play scoring drive and converting two fourth downs along the way, including a fourth-and-5, when they produced an 11-yard touchdown with 2 minutes, 30 seconds remaining in regulation.

Thanks in part to Oliveira, it would not happen again.

Oliveira converted both of his receptions into touchdowns as the Tigers defeated Hendrickson 34-27 to gain a measure of revenge against the Hawks.

The performance was more about redemption for Oliveira, though.

“I had a pretty rough season last year,” he said, “when I lost my dad. This is the first game where I felt like I was back. I dedicated this season to my father, and when I ran out of the tunnel, everything just felt right in that moment.

“I knew I was going to have a good game as soon as I put my helmet on.”

After forcing Belton to punt away the game’s first possession, the Hawks scored on a one-yard touchdown with 8:25 remaining in the first quarter, but the Tigers responded on the ensuing drive as Oliveira hauled in a 33-yard touchdown from junior quarterback Ty Brown approximately three minutes later.

Nevertheless, Hendrickson took a 14-7 lead into the second period before Belton pulled within a point, 14-13, on sophomore running back Shaun Snapp’s nine-yard touchdown with 6:43 remaining in the half, but the Tigers would not get any closer as the extra-point attempt failed, and the Hawks took the narrow advantage into halftime.

Belton needed just one snap to go ahead for good, though, as Brown and Isaac Abel connected for a 95-yard touchdown, and moments later, Oliveira caught a 22-yard touchdown, giving the Tigers a 28-14 advantage with 5:36 left in the period.

Hendrickson trimmed the deficit to seven points, 34-27, with 3:25 remaining in regulation, but it would not get any closer.

The Hawks finished with 284 total yards of offense, while Belton had 485 total yards, including 417 passing yards from Brown, who was 23 of 33 with three touchdowns and two interceptions while finding 11 different receivers.

Abel led the team with 113 receiving yards on three catches, and Slade LeBlanc had five catches for 78 yards, while senior running back L.J. Underwood had a team-high 42 rushing yards and a touchdown on 19 carries to go with three catches for 52 yards.

“Our receiver group has four starters and a lot of backups who can come in and get the job done.”

Despite the outcome, the Tigers must now turn their attention toward next week.

Belton travels to Brenham on Friday for its first road game of the season. The Cubs opened their season with a 23-13 loss at Conroe Oak Ridge on Friday.

The Tigers, who won their road opener for the first time since 2018 last year, when they earned a 35-31 victory at Georgetown, have not started a season with consecutive wins since 2012.

Belton head coach Brett Sniffin is enjoying the win versus Hendrickson before looking ahead, though.

“It is going to be a test for our defense and our offense,” he said. “It is going to be a nice road trip, but we’re 1-0 right now and not a lot of people can say that. Only 50 percent of the teams in the state are 1-0, so we are pretty happy to be here.”