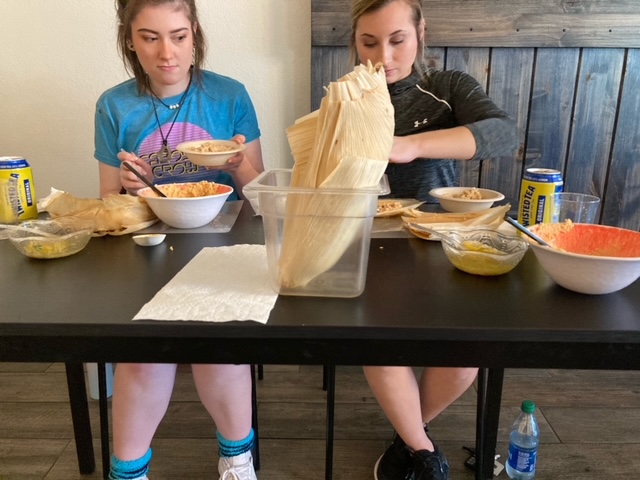 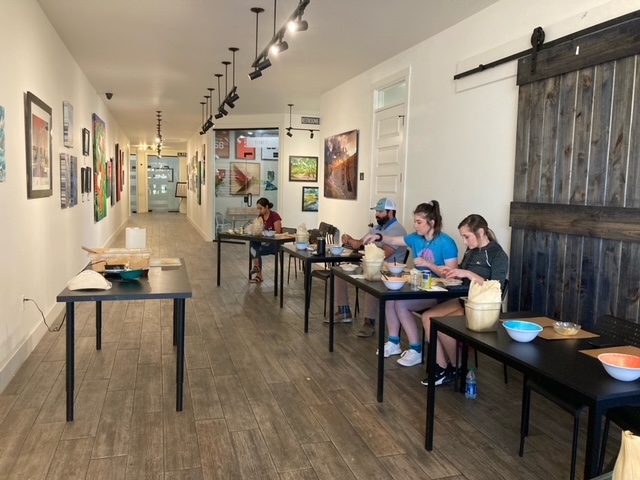 Brooke May, owner of La Luncheonette in Belton, kicked off tamale season with a cooking class on Wednesday, expressing the traditions, while cooking students learned new ways to spice things up with food.

Starting her career with a food truck in the neighborhood during the rise of Covid-19, May now owns her own restaurant in downtown Belton.

She usually hosts cooking classes twice a month, and although the fall season is quite busy for her, she plans on having another event sometime this year.

Though the group for this particular class was small, May’s ambition and joy radiated through as she offered everybody a relaxed and fun atmosphere to learn.

All of the participants enjoyed the appetizer, entrée, and dessert offered to them during their visit.

Horchata, soda, and other beverages were also available during the presentation of preparing and cooking tamales.

May grew up with the interests in cooking, through her aunts and other family members with different techniques and methods to their meals.

“Getting your friends and family together to give everyone a job in the assembly line brings us all together,” she said of her passions and good times with her family.

Her aunt and cousin who had never made tamales before joined the smaller group to enjoy the experience with the group and learn themselves.

Presenting her specific recipes, she gave out instructions on how to season and stir the masa evenly for the eager students.

Guests chose their meat for the filling that was cooking behind the scenes for over 14 hours.

Then, they used the backs of their spoons to spread an even layer of masa over damp corn husks.

Continuing to prepare the tamal, students put two spoonsful of the meat of their choice into the middle of their husks.

Fillings included choices like chipotle pineapple chicken, spicy pork, brisket, and more. Afterwards, the husks were rolled and put into foil to be steamed for approximately 30-45 minutes.

Brooke used her spare time to tell the class about her stories of cooking tamales in so many ways such as an Instant Pot, turkey roaster, and even steamed in the microwave by wrapping the tamal in a wet paper towel.

Along with cooking classes, La Luncheonette offers deliveries, catering, and even private events to those that feel safer in their homes than being in a public crowd. She will also offer Thanksgiving and Christmas dinners for preorder and pickup.

In November, La Luncheonette plans to “Bake a Gift” with the community as an event as well.

Last summer, her group organized a “Christmas in July” to teach the locals how to make a Christmas or Thanksgiving dinner.

There are so many different categories of classes that May wants to teach and her meals are so unique.