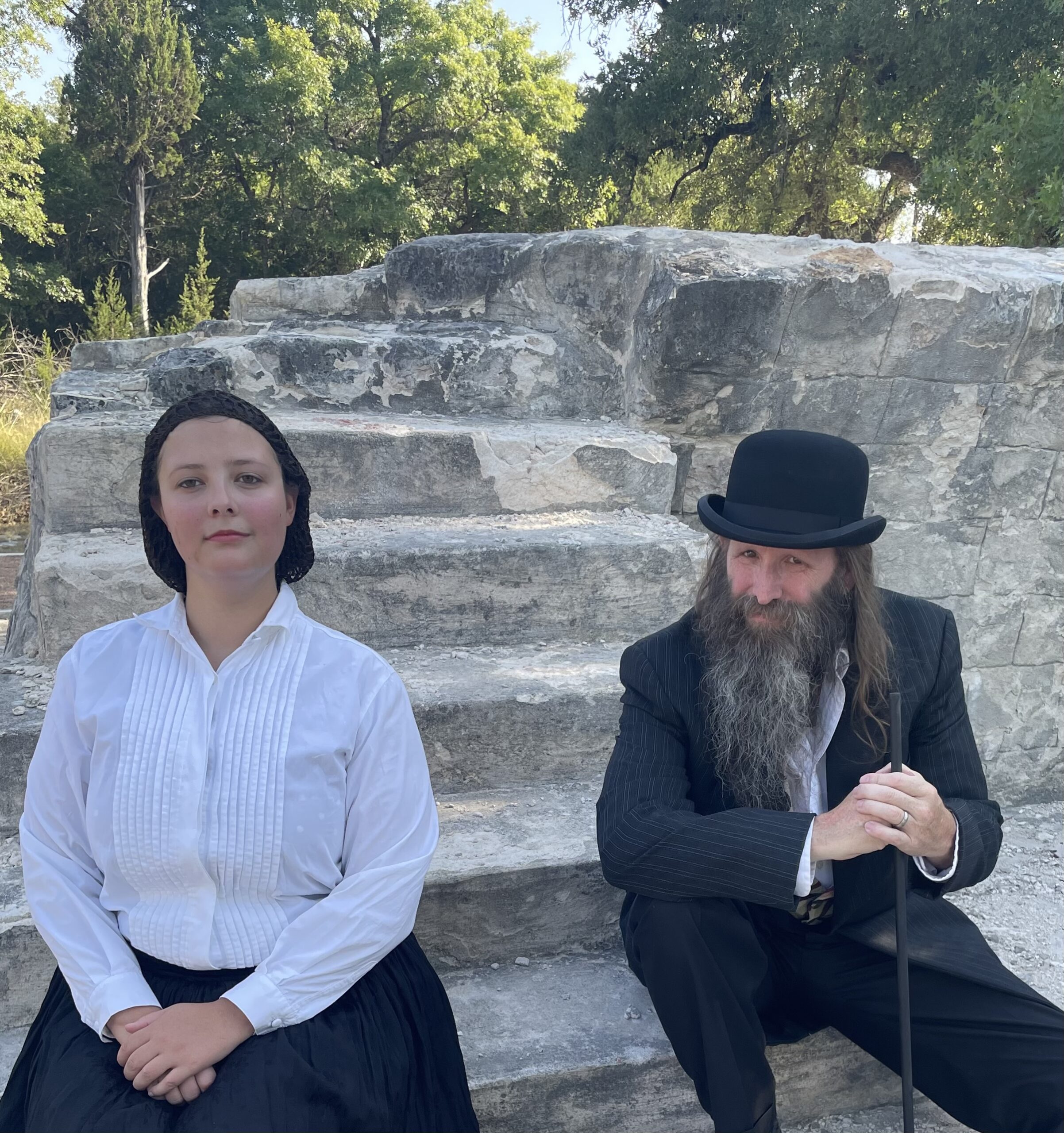 Special to the Journal

Megan Combs and Jimbo Moore are two local thespians who will take to the stage in the upcoming production of Salado Legends.
Megan Combs is in the role of Ms. Willingham, a school teacher at Salado College.
Megan is 21 years old and in her 12th year in Salado Legends. All of her siblings have participated at one time or another. Being from a very large family, her father, Robert, was the first to join Legends and he brought all nine of his children in with him.
Megan was only a year old when she started and would often be backstage entertaining the kids. At the age of 10 she began acting in Legends.
She has played many roles from a school child, to teenager, and finally teacher. Most of the other characters lines she memorized from the many years of participating in Legends. Since she began, even more of her family has joined from in-laws to nieces and nephews.
Megan said, “Everyone loves the atmosphere and theater at Tablerock.”
And it is evident when you watch her and her family members volunteer and show up to the workdays, rehearsals and shows with excitement and joy. Megan has been attending Central Texas College and has been accepted into the Fall Nursing program.
Jimbo Moore plays the role of Mr. Tenney, a Presbyterian School Principal at Salado College.
Jimbo is only in his 2nd year at Salado Legends but certainly seems like he has spent much more time, as his role as Mr. Tenney is played out so well. If you haven’t seen him in “A Christmas Carol”, you have missed a good one.
Jimbo’s talent is natural and solid. Aside from his fabulous ability to act, Jimbo has a heart of gold and can outwit the best of them with his delightful humor.
He is married to an equally talented lady, Tonja Moore. He has grown children and even some tiny grands that he and Tonja thoroughly enjoy.
At the 29th production of Salado Legends, a catered dinner will be served to those with dinner tickets at 7:15 p.m. with seating at Tablerock picnic tables under the shaded trees at the Tablerock Trail next to the amphitheater.
Dinner Tickets are $13 per person and advance purchase with reservation is required 24 hours in advance through CentralTexasTickets.com.
Show Tickets are $25 for adults, $10 for students with ID, and $5 for children 12 and younger and can be purchased through CentralTexasTickets.com or can be bought at the gate before showtime at 8:15pm.