The annual Bacon, Blues & Brews festival returned to downtown Belton on September 24 and 25. 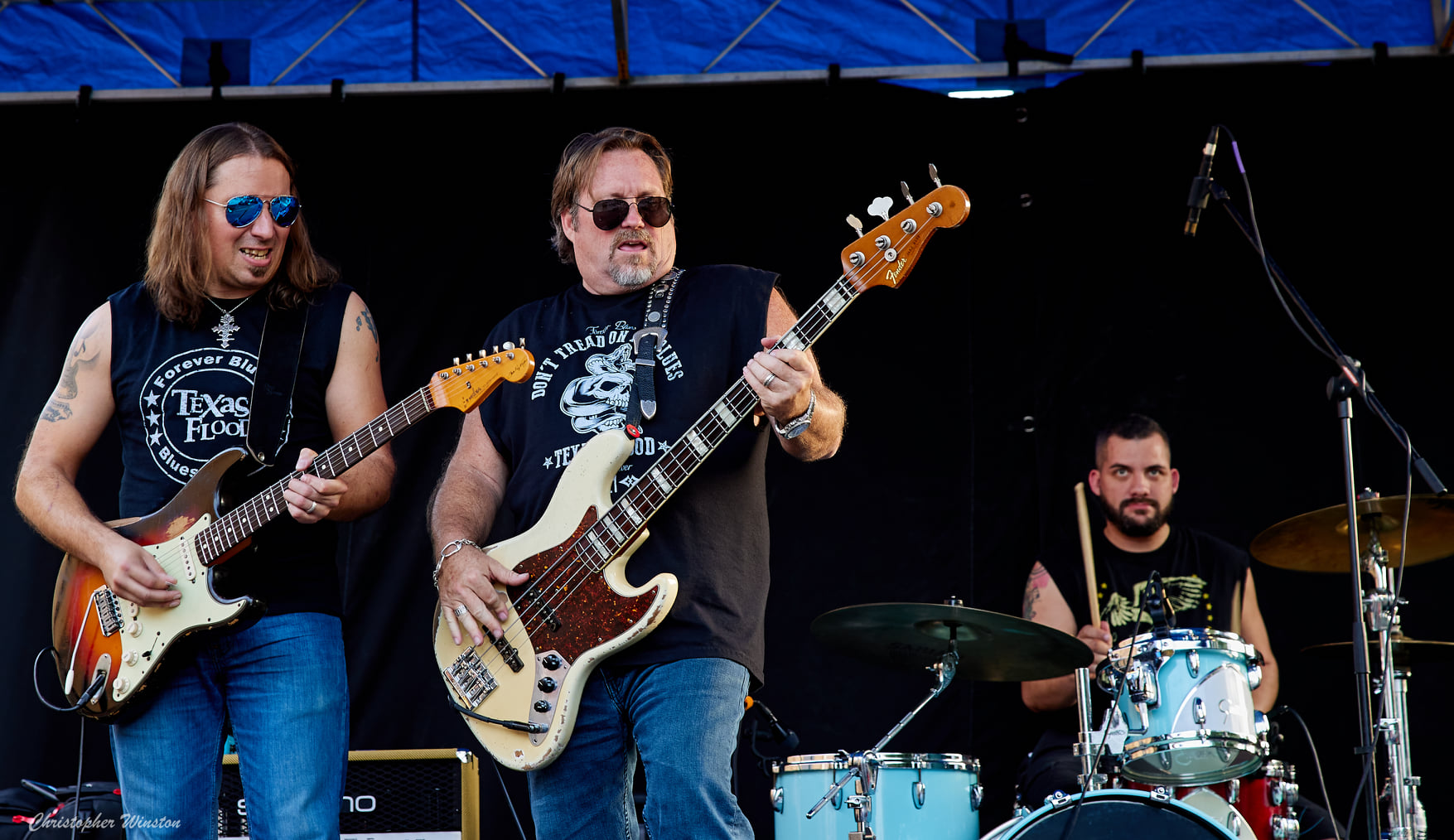 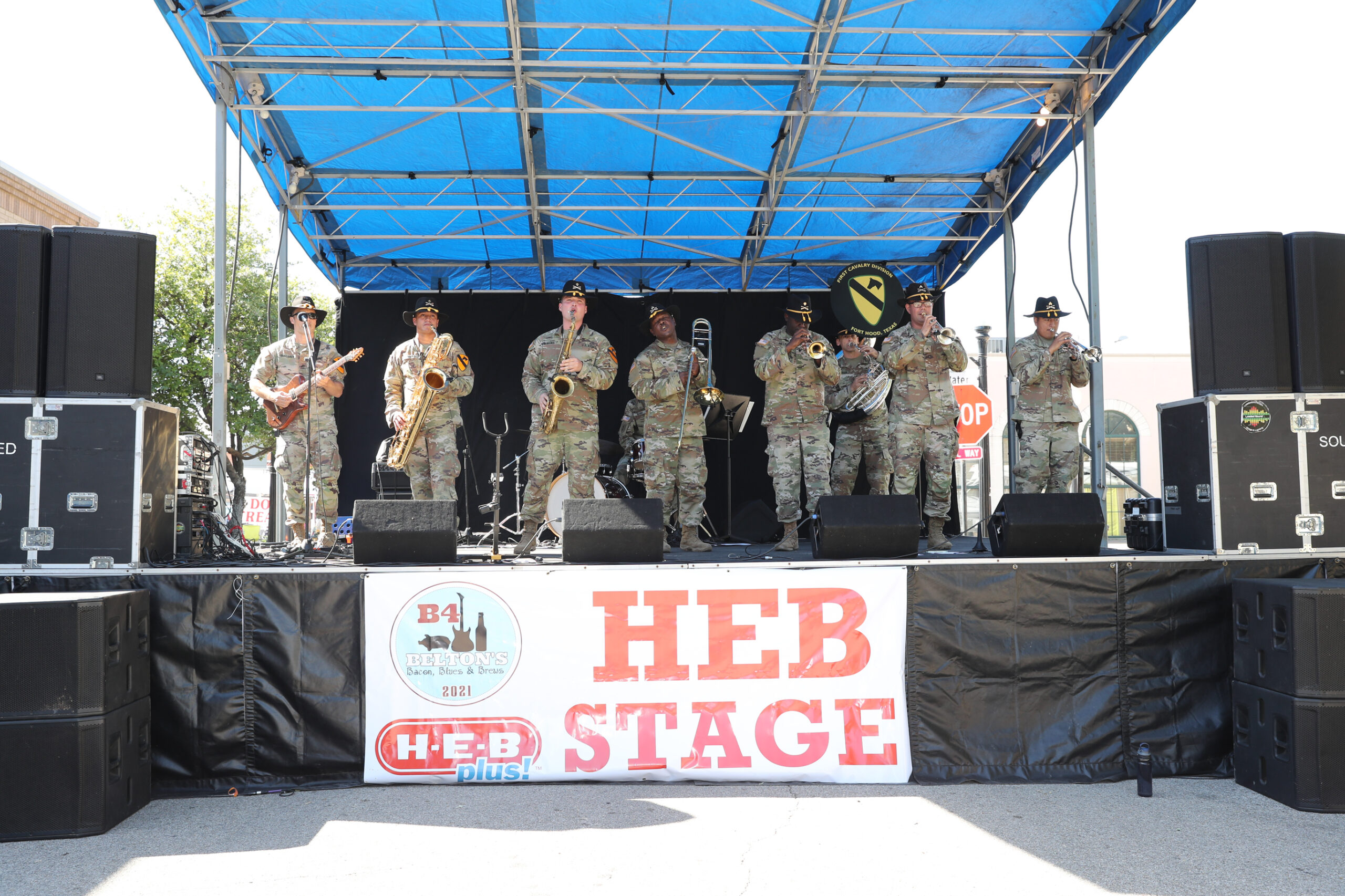 Bring together some bacon, hundreds of people, amazing live blues bands, and you get two-days of the mouth-watering, festival of fun.  Bacon-lovers from around the county came to the Belton festival. It’s a fun-filled event where people can taste creative bacon-inspired dishes prepared by food trucks along with the beverages produced by Central Texas breweries.

Food trucks began the bacon cook-off on Saturday. Each food truck entered their bacon-inspired dish and with blind judging by area chefs and restaurant owners.

There was also an opportunity for the bacon-dishes to be judged by the people for the People’s Choice award.

Kona Ice entered a Baconator snow cone dish. Paris Stiller, an employee of Kona Ice, said the Bacanator snow cone is made with bacon bits, bacon flavored whip cream, mixed in the snow cone. Kona Ice has been offering this dish for about three years.

Tonya Murphy said, “People requested a cupcake with bacon, so we have been making this cupcake for a couple of years. It’s a cupcake that is sweet and savory, and made with candy in the bacon, syrup and brown sugar.”

The Lowes Legs food truck entry from Temple, was a grilled turkey leg cut into chunks, and wrapped in bacon as their bacon-inspired dish.

The dish is inspired with bacon, four chilis, combined with real spices, with an amazing smoked brisket, melted cheese and a cilantro onion blend. The food truck is veteran owned and goes to many food truck competitions.

Blake Oseen, the owner, said his truck has won many awards around the state. In 2019 they won the Food Truck Championship of Texas in Graham.

The WAT THA TRUCK is owned by Christi Williams. Their bacon-inspired entry was a King Grilled Cheese dish. It is chicken, bacon, ranch and cheese inside a buttery toasted grilled cheese sandwich.

The festival isn’t just about the amazing foods that were sampled and eaten. It’s about walking around the different craft brews and other venues offered. It’s about kids having fun with their parents. It’s about a kid watching cotton candy being spun onto a paper cone.

Chris Greene and his wife, Lauren, are from Belton. Chris Greene said that the last time they had this festival was just before the shutdowns. His son was only two months old. Now he just turned two years old.

“I hate to bring up the COVID thing, but our son has been locked up almost his entire life,” said Greene. “Today he’s outside, enjoying the people, the food and the live music.”

Large crowds gathered under the trees and brought their own chairs to listen to the popular, 1st Calvary Band from Fort Hood play the brass, woodwind, string and drum instruments. The Blue Louie Band belted out the blues’ songs at the HEB Stage, and the Steven Ray Vaughn cover band, Texas Flood, also entertained the crowds.