B4, all about The Bacon, The Brews, and some Blues! 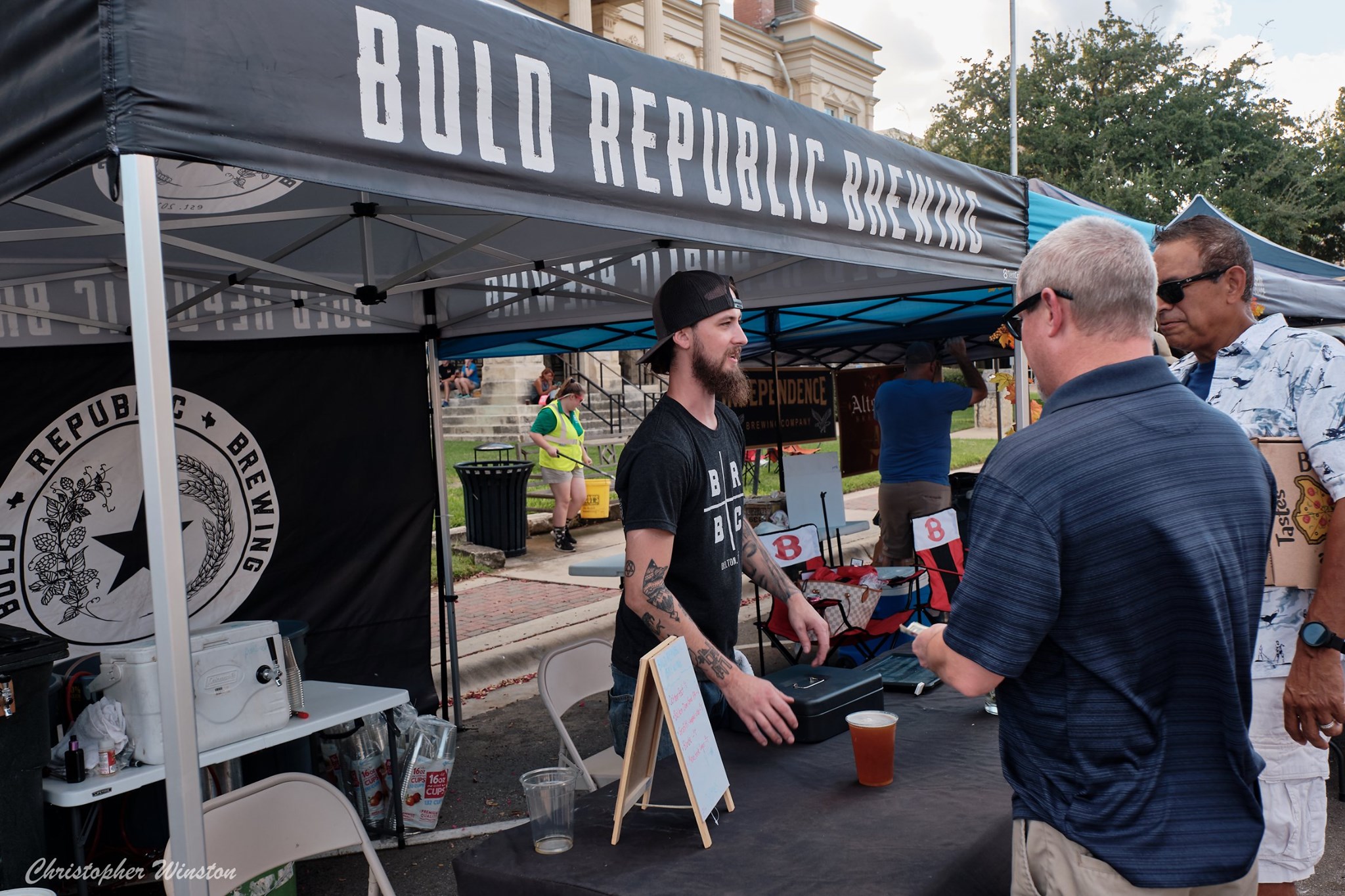 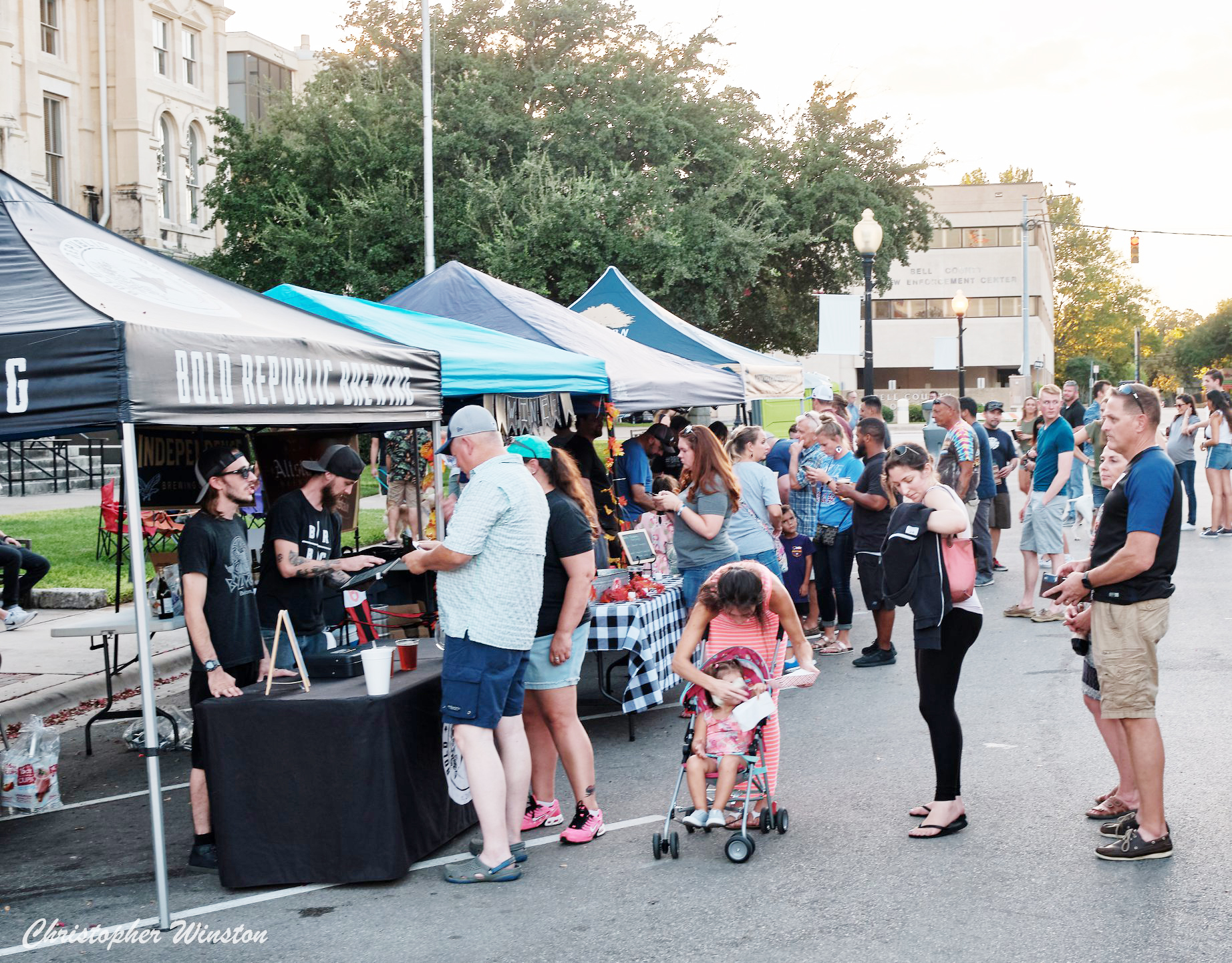 The two-day Bacon, Blues & Brews festival will be returning to downtown Belton on September 24 and 25, bringing good food, good music and good brews.

The festival will kick off Friday at 5 p.m., with food trucks, adult beverages and live music. The bacon cook-off will start Saturday at 11 a.m., with teams competing to create bacon-inspired dishes using 10 lbs. of bacon per team, donated by H-E-B.

Each dish will be blindly judged by a group of area chefs and restaurant owners, who will determine the Grand Prize Winner and 1st Runner-up.

The different teams will each make at least 200 bite-size samples of their bacon-inspired dish for the People’s Choice judging, where the public can stop at each station to taste and vote for who they think is the winner. The free bite-size samples will be handed out between 11 a.m. an 1 p.m. on Saturday. The Clements Boys and Girls Club will sell tickets for a dollar a piece for voting, but attendees do not have to buy tickets to get the free sample of each dish.

“We wanted an event that was different from other area events,” said Judy Garrett, Tourism Manager for the City of Belton. “The goal is to bring more people to Belton and introduce them to our ‘Hidden Treasures,’”

Due to the COVID-19 pandemic restrictions and concerns, the festival was cancelled last year but is returning stronger than ever later this month.

“2020 was a tough year for everyone, including our merchants,” Garrett said. “Some of the Downtown Merchants are staying open late during the two-day event. We hope people will support our merchants. Christmas is right around the corner.”

Some of the food trucks currently signed up for the festival include What That Truck, Lowes Legs, Cupcake Avenue,  Bougie Vegan AF and Camo Hippie Chow Hall. The food trucks will be able to stay and sell from their menu until the festival ends at 7 p.m. Saturday.

Throughout both days, attendees can enjoy a refreshing locally made brew, courtesy of several Central Texas breweries. There will also be a wine tent and domestic beer options as well.

Patrick Hodges, of Bold Republic Brewing, has been tasked with coordinating the different breweries.

Bold Republic Brewing first opened their doors in June 2018, and shortly after, Hodges was approached by the city of Belton about the Bacon, Blues and Brews Festival and the brews side of the event. At the time, Bold Republic Brewing, and Barrow Brewing Company, in Salado, were the only breweries in Bell County, according to Hodges.

Hodges reached out to Barrow Brewing and Southern Roots Brewing Company, out of Waco, for the inaugural festival.

“We sort of took it as an opportunity to introduce Bell County- it had been in some ways before but continue to sort of reinforce a brewery presence in Bell County,” Hodges said.

This year’s festival will see Bold Republic Brewing, Barrow Brewing and Southern Roots Brewing return as well as some newer breweries like Fire Base Brewing Company (Temple) and Whitestone Brewery (Cedar Park). Hodges said that he also invited Tanglefoot Brewing, who have said they might come.

The wine tent will return this year, and there will also be tent with domestic beer options, like Miller, Coors, Bud, etc.

“It’s an honor to do it every year,” Hodges said. “We enjoy putting it on. It’s a great way to reconnect. Especially with the pandemic, we just weren’t able to do festivals and weren’t really able to do anything fun like that, and for us it’s just such a big part and helps us remind ourselves why we’re in the industry. It’s people. It’s serving people; it’s getting together over something fun and enjoying life. There’s a whole lot of not fun parts of life right now, so any reason to get together and have a good time is good.”

Bold Republic Brewing will be bringing their Fest Beer, which is an Oktoberfest style beer. This is a German lager that is “really malty and bready and delicious,” Hodges said.

They will also bring their hard seltzer, which is gluten free. People can flavor their seltzer with different syrups or drink it pure.

Another brew will be the Bold Republic Brewing’s Umm-Haze-Balls, a hazy IPA with tropical notes that has a 9.8 percent ABV. Hodges said that he might also bring the Bold Republic’s Bold Light, which is the brewery’s flagship Pilsner.

For more information on the festival, visit https://www.seebelton.com/events/2021/bacon-blues-and-brews.